Following The Sword's death, the Bureau went to Russia to investigate an alleged infiltration in COSMORUS, the Russian Space Agency. Jack and the player reunited with head of COSMORUS Natasha Romanova at the Red Square, where they found COSMORUS' head of project management Darya Chernova with her throat slit.

During the investigation, Elliot hacked the MGB's servers for information about Darya but the Russian security agency discovered him. As a result, they repeatedly attempted to hack the Bureau's servers, prompting them to hurry the investigation. Despite the disruption, they found enough evidence to arrest British expat Liam Hall for the murder.

After denying involvement, Liam admitted to the crime. Liam remembered to have dinner with Darya, where they drank a lot of vodka, and then to walk with her through the Red Square before having an argument about a briefcase he was supposed to pick for her. Liam then blacked out and woke up with a cut in his hand, without any memory of stabbing Darya in the neck with a broken vodka bottle. Judge Adaku sentenced him to 5 years in jail.

Post-trial, the team investigated if Darya was responsible of leaking COSMORUS' classified information. Jack and the player talked to Liam, who directed them to the Red Square as he was supposed to pick Darya's briefcase there. They found Darya's keycard, which (per Elliot and Jonah) showed that Global Flux Ltd., one of SOMBRA's fronts, had paid Darya 1.7 million dollars for the leaked information. Jonah and the player then asked scientist Nikolai Sharapov about the leaking, but the scientist denied having access to the information.

Meanwhile, Marina wanted to find out if her mother was hiding information, so she and the player asked MGB agent Anya Ivanova. She pointed them to Komsolmoskaya station, where they found Natasha's shoe, which proved that Natasha had visited Gorky park. There, the team found a briefcase which (per Elliot) proved that Natasha was actually fighting against a corrupt organization.

Natasha then reported suspicious activity in Saint Petersburg, where the Bureau headed to investigate.

Nikolai Sharapov
Add a photo to this gallery 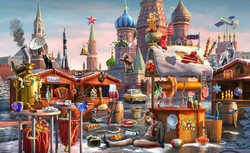 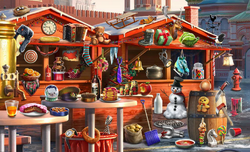 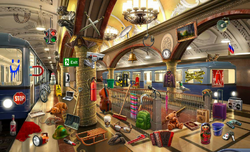 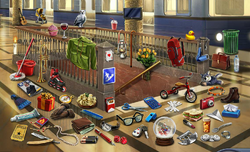 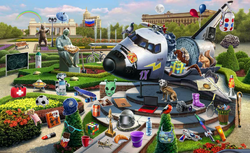 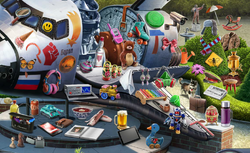 Park Shuttle
Add a photo to this gallery

Retrieved from "https://criminalcasegame.fandom.com/wiki/Moscow_Mole?oldid=544314"
Community content is available under CC-BY-SA unless otherwise noted.