Peter Long (better known as Mighty Pete) was the killer of his ex-girlfriend, scuba diver Valerie Green, in What Dies Beneath (Case #3 of Pacific Bay).

Mighty Pete is a 78-year-old party maker with long gray-white hair underneath his ship captain hat and brown eyes. He is seen wearing a ship captain's suit, white gloves, has a ring on his right pinky, and wears a gold chain. It is known that Mighty Pete uses hand cream, knows scuba diving and drinks champagne.

Amy and the player found an identification number in the Big Mighty Yacht which was made legible by the player and analyzed by Hannah, who in turn took the liberty to have Frank call Mighty Pete into the station for interrogation for the first time. Amy required Mighty Pete's cooperation in whether or not he knew Valerie, and made him aware of Valerie's death. Mighty Pete dated Valerie a bit but broke up with her because their personalities did not match, but told the team a relationship with Valerie cost money. Mighty Pete requested the team to let him return to the Big Mighty Yacht.

The second time Mighty Pete was interrogated was when Roxie caught wind of party goers attempting to party in the crime scene resulting in precious evidence being compromised. Amy and the player found a letter and restored it with forensic powder, revealing the letter was from Mighty Pete to his lawyers; prompting a discussion in the Big Mighty Yacht and realizing that Mighty Pete lied to the team, according to the contents of the letter. Amy demanded a reason as to why Mighty Pete lied to the police in the first place, and he furiously replied that he gave Valerie everything she wanted, but realized that Valerie was a gold digger and wanted to leave him as soon as she had enough money. Mighty Pete felt that Valerie committed thievery on his watch, something Amy suspected an act of self-centeredness was on the works.

Pete was found to be guilty of the murder. Upon arrest, Pete said he was humiliated by Valerie leaving him. He then decided to sabotage her scuba equipment with a screwdriver, drowning her upon her next dive. Judge Dante sentenced Mighty Pete to 45 years in prison. 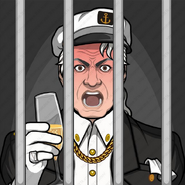 Mighty Pete, sentenced to 45 years in jail, including 15 years for speaking himself in the third person in court and 30 years for the murder of Valerie Green. 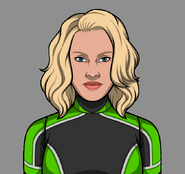 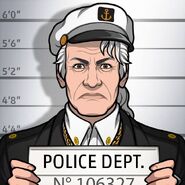 Promotional artwork for What Dies Beneath.
Add a photo to this gallery

Retrieved from "https://criminalcasegame.fandom.com/wiki/Mighty_Pete?oldid=536794"
Community content is available under CC-BY-SA unless otherwise noted.