Mary was a 42-year-old stall owner with bright red hair and green eyes. Mary usually wore a pearl necklace and a buttoned shirt under a sky blue cardigan with a purple flower on it.

After her car was pulled up from the lake in the Grimsborough forest, the trunk opened slightly and was revealed to contain Mary's dead body. Mary was dressed all in white, much like a bride.

After completing the victim's autopsy, Nathan told Jones and the player that Mary had a few bruises, indicating that the killer knocked her out so that they could stuff her in the car's trunk before driving her into the lake, where she began to drown. Nathan had also found a letter pinned to the victim's chest which read, "I have taken my due. I am appeased, but my anger shall never completely disappear." He told the team that the letter was tacked to Mary's chest with a stamp hinge, which was an adhesive flap especially used by stamp-collectors. This meant that the killer used to collect stamps.

Mary's sister, Elizabeth Hopkins described her as "too much of a dreamer", saying that she would follow any man as long as he were a gentleman. She also disagreed with Mary's notion of love and marriage as she prioritized stability over romance. In line with this, Mary believed in the concept of soulmates and so published a column in the "Lonely Hearts" column of the newspaper. Her friend, Thomas Benson, was opposed to this idea perhaps due to his unreciprocated crush on her. Elizabeth was also opposed to the idea, warning Mary that she was making herself a target of maniacs.

Eventually, poet Alexander Vladinsky contacted her and began corresponding through letters for many months before meeting her at the yard sale. Alexander then told the team that Mary had thought that Thomas was stalking her, but Thomas denied the accusation. Elizabeth's fears also proved true when she discovered that Mary's yard sale was done so she could sell all her things and leave Grimsborough with Alexander. At the yard sale, Mary also encountered James Savage but did not really interact with him that much.

The killer turned out to be Alexander.

He had a mental problem and saw everything through his eyes as poetry. Alexander loved Mary and thought that love, passion, and death were all similar and murder was the highest form of desire. With this mind, he had disguised himself as the Creature of the Lake, kidnapped Mary in the outskirts of town, knocked her unconscious, stuffed her in the trunk of her car, drove the car into the lake, and left her to drown. Since he had a mental problem, Judge Hall sentenced him to 30 years in jail, accompanied by a psychiatrist. 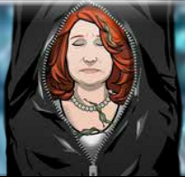 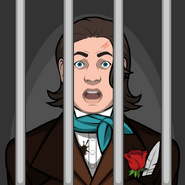 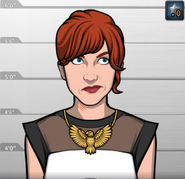 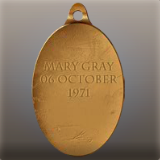 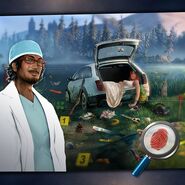 Retrieved from "https://criminalcasegame.fandom.com/wiki/Mary_Gray?oldid=491876"
Community content is available under CC-BY-SA unless otherwise noted.