Marvin Hamilton was a suspect in the murder investigation of his sister, project coordinator Cindy Hamilton, in Day of the Dead (Case #49 of World Edition).

Marvin is a 39-year-old archaeologist and brother to the late Cindy. He has short blond hair and an opal pendant. He dons a tan jacket, and it is known that Marvin drinks tequila, rides a motorcycle, and knows Aztec legends.

Marvin became a suspect after the player and Jack identified him from a blog on the victim's phone. When informed of his sister's murder, he was surprised saying he just spoke to her the day before. When asked if anyone wanted to harm her, he said no one would and that she was a good person at heart. He then burst into tears and walked away saying he needed to call his parents.

Marvin was spoken to again regarding his sweat on an Aztec statue, with a message saying he stole it. He said it was all for historical preservation, which the victim clearly ruined by scratching the message on the statue. Jack felt when she found out it would not have gone well, but Marvin insists he is just redistributing the objects from those who do not appreciate them to those who do. When suggested he killed Cindy to make sure she would not stop him, Marvin became furious saying he would never kill his own sister just to keep her quiet.

In the end, Marvin was found to be innocent after the team incarcerated Madena Cuervo for Cindy's murder. 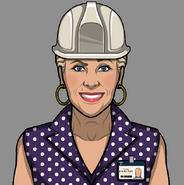 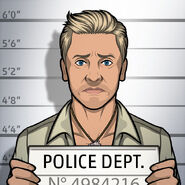 Retrieved from "https://criminalcasegame.fandom.com/wiki/Marvin_Hamilton?oldid=478813"
Community content is available under CC-BY-SA unless otherwise noted.