Marta Ulanova (Rus: Марта Ула́нова) was the victim in The Swan Song (Case #50 of Mysteries of the Past).

Marta was a ballet choreographer. She had gray hair styled in a bun with a purple rose and blue eyes. At the time of her death, she donned a white-collared purple dress and gold earrings with a matching necklace.

Marta was found with her skull crushed at the Opera House on the opening performance of her production Swan Lake. Per Dick, she had died of blunt force trauma. The murder weapon was unknown, but he noticed the victim was missing an earring, as well as discovering colored shards in the head wound. The head wound also contained bitters, sugar and champagne, which were all ingredients of a drink named Dancing Queen. Therefore, it was concluded that Marta's killer drank Dancing Queen.

Commissioner Thaddeus Mulroney fell in love with Marta since her performance as a ballerina many years prior, but she rejected his advances. Lady Highmore often made donations to the opera but when she was planning to stop donations, Marta threatened to expose her past where she worked as a chorus girl alongside Marta. Creative director Henri Monplaisir, while eager to work with Marta, was stressed out over Marta's expensive demands for the production. Marta took ballerina Margot Kirkland under her wing until she blossomed into a successful star, but she often overworked her to the point of breakdown. Marta often bossed around stagehand Erik Tremaine to do stuff not in his field of expertise, including most recently, changing the lighting on stage, which resulted in an explosion that disfigured him.

The killer turned out to be Henri.

Upon admitting to the murder, Henri said that Marta had changed the artistic vision he had for the production of Swan Lake, like the ballerinas' outfits during the entrance. Enraged upon watching the premiere, he bashed her head to death with a stained glass lamp. Judge Takakura then sentenced him to 25 years in prison. 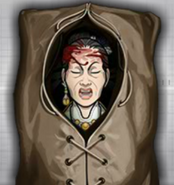 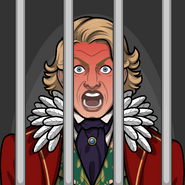 Henri Monplaisir, Marta's killer.
Add a photo to this gallery

Retrieved from "https://criminalcasegame.fandom.com/wiki/Marta_Ulanova?oldid=471387"
Community content is available under CC-BY-SA unless otherwise noted.