Marked for Death is a case featured in Criminal Case, appearing as the thirty-ninth case of the game as well as the city of Grimsborough. It takes place at the University, a district based in Grimsborough.

Mikhail Levin, who was liable for slaying his father back when the player was a rookie homicide detective, escaped from prison and according to intel, was holed up somewhere at the University district, causing a string of panics throughout. The team was ordered to capture Mikhail and secure the University district at all costs.

Furthermore, a murder victim, a student at Grimsborough University and the heir of Wright Corp named Tyler Wright, was found lying on a chair in the Dean's office, with several wounds on his body and the word, "CHEAT" written on his forehead with a permanent marker.

Although the team thought that Mikhail was the obvious person to perform the murder, the killer turned out to be Bryan Vigman, the Campus' head of security.

Bryan was repairing his bike when a student informed him about Tyler's intent to share the term quizzes on Friendnet, which constituted an act of academic dishonesty from Bryan's point of view. Bryan did not hesitate to find Tyler at the gym and dragged him to the Dean's office in a hurry, but once inside the Dean's office, Tyler bullied Bryan by claiming that his parents would get him fired since the Dean was not present. Since Bryan could not stand people who committed academic dishonesty to avoid studying, he grabbed a paper knife and stabbed Tyler 36 times.

Although both Bryan and Mikhail were sent to jail, the Chief ordered the team to grill Mikhail on his prison escape methods, in which Mikhail disguised himself as a cheerleader to escape from jail, which the Chief was notified about the breach. Jones's main concern was the serial killer fiasco that had him scarred bringing Aaliyah's killer to justice.

Cathy
Add a photo to this gallery 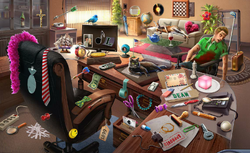 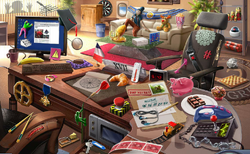 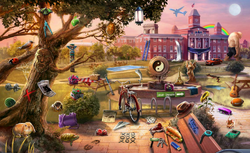 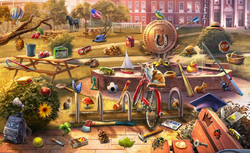 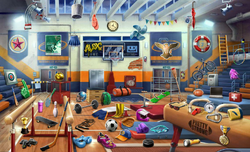 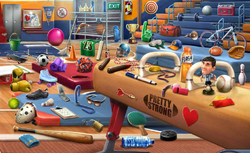 Training Mats
Add a photo to this gallery

Retrieved from "https://criminalcasegame.fandom.com/wiki/Marked_for_Death?oldid=449098"
Community content is available under CC-BY-SA unless otherwise noted.