Slash wounds to the chest and stomach

Marcus Butler (1991–2018) was a suspect in the murder investigation of archaeologist Karen Boulder in The Lost City (Case #19 of The Conspiracy) before being killed in Color Me Murdered (Case #22 of The Conspiracy).

Marcus was a 27-year-old comic book artist who had long black hair, green eyes, and a black mustache and beard. He sported a black long-sleeved T-shirt with three red punctuation marks inside a white speech bubble. Additionally, he was seen wearing a multicolored scarf and carrying a sketch book. It is known that Marcus used pastel crayons.

Marcus became a suspect after Jones and the player found his sketch of the crime scene. He told them that the ancient city was the perfect setting for his "Miracle Girl" superhero saga. After being told about the murder, he said that he hadn't been aware.

Marcus was spoken to again about his message to the victim. He explained that the victim had banished him from the dig, but he needed to be there to draw the ruins. He justified himself by saying that Xerda did not only belong to the archaeologists.

Marcus was found to be innocent after the team incarcerated Theresa Cole for Karen's murder.

Marcus' body was found on Church Street, his chest and stomach slashed open. Martine immediately identified the murder weapon, which was proven to be a sharpened toy replica of a White Bear claw. As the toy replica was only exclusively sold at the previous GrimCon, Martine confirmed that the killer had went to GrimCon.

Before his death, Marcus was discovered to have been the artist of the comic book Miracle Girl, and have mocked Miracle Girl (who she helped with his adventures) by saying that her "transformation" was not enough. They also found out that the Judge's daughter Olive Powell had sent him some insulting texts through a number blocking software, which led Olive to explain that she sent him the texts after she found out he was going to kill off her idol, Miracle Girl. They also found out that William Butler was not Marcus's biological father, which led Marcus to wanting to find his biological father, angering William. They also learned that The Kraken bartender Tamu Wanjiku had cursed Marcus with a Mazundan catfish ritual, which Tamu explained that Marcus had a crush on her. When Marcus got cocky due to his newfound fame, he attempted to grope her, which led Tamu to curse him. They also found out that the victim's friend Haruki Kato had wanted to boycott the Miracle Girl movie after Marcus sold the rights to a Hollywood director, explaining that Marcus had allowed them to do what they wanted with Miracle Girl and that Marcus had no creativity.

The killer turned out to be Haruki.

Haruki admitted to being a member of The Higher Truth. He said that he needed more money to donate in order to reach the next level of the cult, so he asked Marcus for money, as he had gotten rich after selling the movie rights to Miracle Girl. After Marcus refused to give the money, Haruki resolved to killing him, sharpening a special white bear claw and slashing Marcus to death. Judge Powell sentenced Haruki to 19 years in prison. 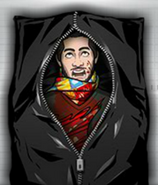 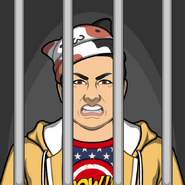 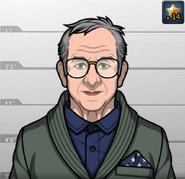 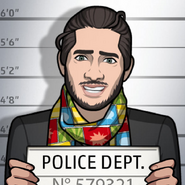 Retrieved from "https://criminalcasegame.fandom.com/wiki/Marcus_Butler?oldid=517427"
Community content is available under CC-BY-SA unless otherwise noted.