Manny Sanchez was the victim in Crystal Death (Case #42 of Pacific Bay).

Manny was a truck driver and drug dealer for the restaurant Tacos Niños with short black hair and brown eyes, as well as an illegal immigrant from Mexico. At the time of his death, he wore a white t-shirt, a golden chain, and blue jeans. He has a black tattoo tear under his right eye.

Frank and the player found Manny's head displayed on a spit beside the site of a train crash. They sent his head to Roxie, who noted that he was killed with a sharp blade. She also found traces of tequila on the point where the spit punctured the head, meaning that the killer drank tequila.

Later, the team found Manny's body in his meth lab. Per Roxie, the lack of bruising suggested Manny was killed in the lab. Roxie also found a death threat in his pocket with the same message as the team found in the crime scene. Examination of the threat revealed it was written on a soccer game ticket, revealing that the killer watched soccer.

Another examination of the meth lab managed to reveal a machete covered in blood. It was sent off Yann for analysis, and he found out the blood was the victim's meaning the machete was the murder weapon. Although he was unable to find any fingerprints, he managed to find cloth from a bandana on the handle, which the killer left upon using the bandana to hide their prints. This meant that the killer was wearing a bandana.

Manny was making and trafficking meth under the orders of Tacos Niños and their CEO, Gustavo Salamanca and was using company resources to do so. Due to his job, Manny often passed through border control to get "ingredients" from Mexico. Manny made sure to butter up Timothy Chubbles but as extra insurance to not get in trouble, he married one of his customers, Tiffany Dunn, to get a citizenship, tricking her into thinking he loved him. Tiffany was also frustrated that Manny kept raising his prices. Manny was using his drug money to finance his chemist sister Rosa. Manny used this to try to make Rosa work for him; not wanting to ruin her life as a legal immigrant, Rosa reported him to the authorities. For his job, Manny stole army chemicals from Colonel Spangler to use in meth synthesis. Spangler had caught him at some point and paid him to leave his truck abandoned on the train to cause a train crash for a secret project he was working on.

The killer turned out to be Timothy.

Upon admitting to the murder, Timothy revealed that he was angry at Manny for deceiving him into thinking he was an upstanding citizen when he was really stealing military chemicals to produce drugs. Associating foreigners with criminals, Timothy beheaded Manny with a machete and placed his head beside the railings as a warning to all foreigners to stay out. Judge Dante sentenced him to 30 years in jail. 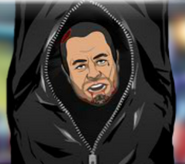 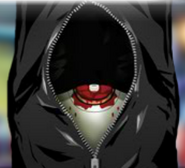 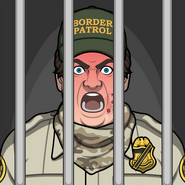 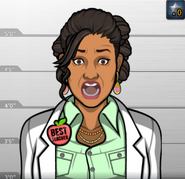 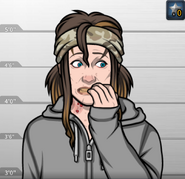 Tiffany Dunn, Manny's wife.
Add a photo to this gallery

Retrieved from "https://criminalcasegame.fandom.com/wiki/Manny_Sanchez?oldid=469511"
Community content is available under CC-BY-SA unless otherwise noted.