Hugo Mercier (Chapters 1‒3)
Carrie James & Enzo Traoré (An American Cop in Paris 3)
Making the Cut is a case featured in Criminal Case as the third case of City of Romance (Season 8) and the three-hundred fifty-fifth case overall. It takes place in the Fantasy district of Paris.

Upon receiving reports of a murder in the Chior workshop, Hugo and the player went there to collect the body of apprentice seamstress Béatrice Sanchez, who had been stabbed with sewing scissors while trying on the wedding dress serving as the final look for the Chior's Fashion Week show.

Mid-investigation, Léa informed the team of the victim's address, which was a small apartment made from former servant quarters. Later, the team had to rush back to the victim's apartment after finding out that someone had broken in, which turned out to be gangster Antoine Macaron attempting to find a recording of illicit dealings that Béatrice claimed she had. The team then found enough evidence to arrest head seamstress Candy Wu for the murder.

Candy said that on the night of the murder, she had gone back to the workshop to get her phone when she spotted Béatrice trying on and ripping apart the seams of the dress. Exhausted and enraged by her work being ruined, Candy stabbed Béatrice repeatedly. Judge Lebrun sentenced her to 15 years in prison.

After all the events, the team attended the party, with Émile announcing he was joining a dating app. After the party, Carrie told the team that they needed to befriend Eleonora Macaron to find clues regarding Cody's whereabouts. The team then decided to attend the party held by the d'Anjou family to meet up with Eleonora.

Valentin Faure
Add a photo to this gallery

Carrie James
Add a photo to this gallery 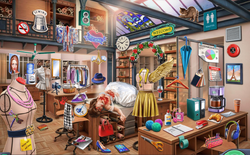 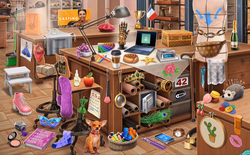 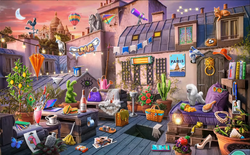 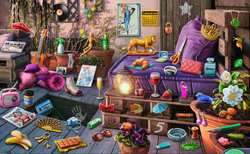 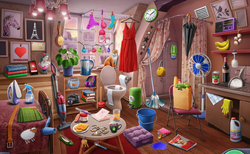 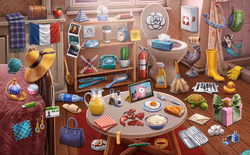 Retrieved from "https://criminalcasegame.fandom.com/wiki/Making_the_Cut?oldid=547753"
Community content is available under CC-BY-SA unless otherwise noted.