Luigi Fortuna was a suspect in the murder investigation of his brother, community pillar Mario Fortuna, in Civil Blood (Case #32 of Mysteries of the Past).

Luigi is a 46-year-old deli owner. He has short black hair and a mustache. He wears an apron with the Italian flag and a gold pendant over a forest green shirt. It is known that Luigi eats pizza, reads Shakespeare and has food poisoning.

Luigi became a suspect after Isaac and the player discovered that his delicatessen was the scene of the murder. He expressed his sorrow, wondering who would kill his brother. He told them that Mario was a good man, and that they had immigrated together from Italy. He revealed that he found the damage to his deli in the morning, but didn't know what had happened.

Luigi was spoken to again after the player found the blueprint detailing the destruction of the delicatessen in place of a casino. Luigi said that his brother had no regard for the shops in the marketplace, and that he was a crooked man. He vented his frustration at his brother's plans, saying that greed had put Mario in an early grave.

Luigi was found innocent when the team incarcerated Kieran Quinlan for Mario's murder. 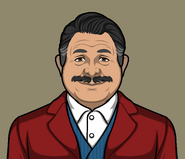 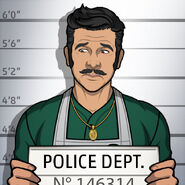 Retrieved from "https://criminalcasegame.fandom.com/wiki/Luigi_Fortuna?oldid=415394"
Community content is available under CC-BY-SA unless otherwise noted.