Lucy was the owner of Lucy's Fashion Shop, a store in a mall in Grimsborough. An African American woman, she had black eyes along with curly black hair. At the time of her death Lucy wore a navy blue strapless dress held together with a yellow strap, and wore peep toe high heels of the same color. Lucy was in a relationship with Kim Aoki. As proven by the dates on her tombstone, Lucy died when she was 33 years old.

Lucy was found dead in her shop window (Lucy's Fashion Shop). Nathan discovered that the victim was impaled through her medulla oblongata by a mannequin stand as she was strangled. There was also saliva on her clothes, which had the taste of diet cola. This revealed that the killer used to drink diet cola. Nathan said that this was understandable as the killer also had diabetes. Lucy died when she was 33 years old as proven by the dates on her tombstone.

Mall cleaner Odell Toole was the one to report Lucy's body being displayed on her store. He later testified that Lucy had looked down on a lot of people. Later, the team found out that Lucy had gone to the Golden Thimble to party with Kim Aoki, her girlfriend. In the party, she got into a fight with Kim and left the bar with Joey Manzano - as witnessed by bartender Nina Hunt - in order to make Kim jealous.

The killer turned out to be Odell.

Odell killed Lucy with the intention of getting caught, so that everyone would remember him forever. Since, Odell was just cleaning personnel, no one gave him as much credit as he wanted them to. So he wanted to change it by doing something unthinkable. Judge Hall sentenced Odell to 20 years in jail. 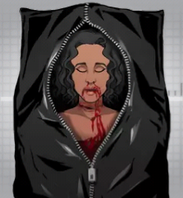 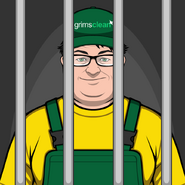 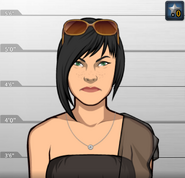 Kim Aoki, Lucy's girlfriend.
Add a photo to this gallery

Retrieved from "https://criminalcasegame.fandom.com/wiki/Lucy_Campbell?oldid=491868"
Community content is available under CC-BY-SA unless otherwise noted.