Louis De Rico (1965–2015) was a suspect in the murder investigations of croupier Alfie McNaulty in Killer Takes All (Case #51 of Pacific Bay) and gun dealer Merv Waylon in Blood Diamond (Case #54 of Pacific Bay). He was then murdered in No Honor Among Thieves (Case #55 of Pacific Bay).

Louis was a 50-year-old ex-con who served in prison for 6 years. According to his criminal record, he had been responsible for crimes including fraud, racketeering, jewel thieving and etcetera. He had side-swept gray hair and a tattoo on his neck. He wore a gray suit jacket with a gold chain and several accessories, which include gold and sapphire rings.

In his first appearance, it is known that Louis ate shrimp cocktails and was superstitious.

In his second appearance, it is discovered that he threw knives, played blackjack and listened to country music.

Louis was first interrogated after Frank and the player found the parole bracelet he removed and had Hannah analyze it. He said he removed because it did not fit his style. When informed about the murder that took place, he said that he did play at the victim's table, but was not involved with the murder. Louis was at the casino only to play poker and swore that he was a changed man.

Louis was interrogated again after the team managed to find a death threat he sent to the victim. He was shocked to hear that they found the postcard on which he wrote the threat, and he said he wrote that because he was mad. Six years ago, he was planning a big casino heist and had everything planned. He needed a croupier to watch for him, so he went to the victim and bribed him to help. However, he turned on Louis and had him sent to jail for six years. Once he got out, he left to get even with the victim, but he turned back after seeing a black cat believing it to be bad luck.

Louis was found to be innocent after the team incarcerated Grace O'Brien for Alfie's murder. However, the team spoke to him again after they found a photo of him robbing a jewelry store. When they found it, they tried to get more information out of him. Louis said the photo did not prove anything, and while it was not proof enough to arrest him, the team fined him for removing his parole monitor bracelet. He paid, then informed the player that he would have the last laugh in the end.

Louis was brought into another investigation after Amy and the player found a message to the victim saying they should meet up. He was shocked to hear of Merv's death, saying it would be hard to find another supplier. He said that Merv could help supply him with anything he needed. When Amy asked if he helped supply any possible heist, Louis informed her and the player that he was a changed man. He said that Merv's killer might have possibly gone to the gun convention, where he last saw the victim.

Louis had to be interrogated again after Hannah analyzed the victim's phone. She said that Merv and Louis were talking about an undertaking, which the team thought could be the heist. When asked about the texts, he said the undertaking was just a blackjack tournament he hosted every year. He was also mad at Merv for not keeping his mouth shut about the event. When Amy suggested Merv's betrayed was Louis's motive for torturing and murdering him, Louis replied saying he had no time for revenge and he had nothing to do with his death.

Louis was found to be innocent a second time after Sheikh Faisal's incarceration, but was spoken to again about the heist by the player and Chief Marquez. After they found a list of items such as gas masks, a police radio, and a jackhammer, they assumed this was for the heist. Further analysis from Hannah revealed that some of the items were purchased by Louis De Rico. He said that the list proved nothing, and that maybe he wanted to work on a friend's house. He believed the police were just desperate to find something on him and especially showed his disappointment towards the player and the chief.

Later, Louis was found dead in the Mennagio Casino's vault when he was carrying out the heist, lying against piles of money with his face blue. During the autopsy, Roxie (who actually was in a serious mood) concluded that Louis was killed with his own gas mask, given his killer put ammonia and chlorine in its filter to create chloramine gas to suffocate him–thus filing the mask as the murder weapon. Roxie also found traces of mucus outside the mask, which allowed her to determine the killer sustained a cough.

Louis had employed the help of five people for his heist: student Danny Moto for the brains, stripper Jezebel Lopez for distraction of security guards, wax artist Freddy Gomez to make fake eyes to trick the casino's security system, warlord Papa Quansah for muscle, and Frank himself as an informant on the police's moves. Frank was first paid but eventually blackmailed into leaking insider info. All the while, Louis had been ordered around by a "sixth man", who had instructed him to steal the casino's plutonium as well.

Louis hired Danny after the latter reported Louis to the police for burglary. Louis tried shorting him his share of the money but Danny threatened him into giving him his fair share. Jezebel fell in love with Louis. Louis threatened Freddy into working for him by locking up his wax dolls until he helped them in the heist. Meanwhile, Eugenia Hestentrope hated Louis for planning the heist on her casino.

The killer turned out to be Danny.

After denying involvement, Danny said he killed Louis because he was making empty promises and because he wanted the largest sum of money from the heist. During the heist, Louis was looking for the plutonium so he had Papa blow up the wall. Taking advantage of Louis's distraction, Danny added chloramine gas to his gas mask to poison him. Judge Dante sentenced him to 50 years in prison for participation in a heist and for the murder of Louis De Rico. 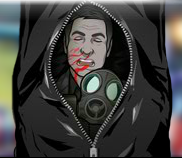 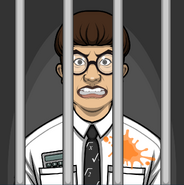 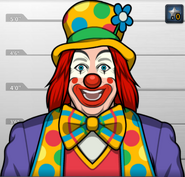 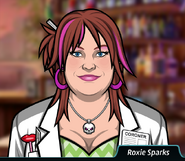 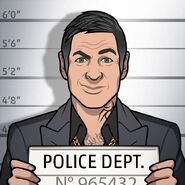 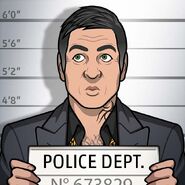 Retrieved from "https://criminalcasegame.fandom.com/wiki/Louis_De_Rico?oldid=491939"
Community content is available under CC-BY-SA unless otherwise noted.