Lizzie Cornman, appearing as an unseen minor character in Criminal Case, was mentioned during the events of Death by Moonshine (Case #9 of Pacific Bay).

Lizzie was a 6-year-old girl who was the sister of Bertie Cornman.

Lizzie died at the age of 6, by the cause of drowning, near a forest in Pacific Bay. She was mentioned by her brother, Bertie, during the murder investigation of a Bayou Bleu local named Sammy Duncan.

After the Pacific Bay Police Department investigated a forest, they found broken porcelain pieces, which, after being restored, got revealed to be a porcelain doll. The team examined the doll and found the DNA of a person named Bertie Cornman on it. The team then went to talk to him regarding the matter. Bertie said that he wasn't surprised that Sammy was dead because he told Sammy his dolls would kill him. Bertie further stated that his dolls had sleep deprivation because of Sammy, and that when his dolls can't sleep they become mean. Bertie then said that Sammy disturbed them when he was sitting around the woods at night.

Bertie also said that he did not like the victim, since the dolls guarded the spirit of Lizzie, and they could not do it well when Sammy kept annoying them. Bertie concluded that he must do what the dolls want, so that Lizzie rests in peace. 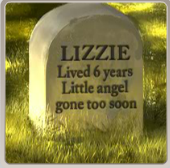 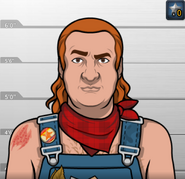 Bertie Cornman, Lizzie's brother.
Add a photo to this gallery

Retrieved from "https://criminalcasegame.fandom.com/wiki/Lizzie_Cornman?oldid=408551"
Community content is available under CC-BY-SA unless otherwise noted.