Like a Pig to the Slaughter is a case featured in Criminal Case as the forty-sixth case of The Conspiracy (Season 5) and the two-hundred seventy-seventh case overall. It takes place in the Spring Fields district of Grimsborough.

Jones and the player went to the eastern communal pig farm upon Chief Parker' reports of a murder in the area. There, they found Sheriff Roy Loukas's dismembered body parts left in the pig trough.

After the team had informed Mia Loukas of her father's murder, Cathy informed them that the killer had sent a threat to the Sheriff through the rural post office. Soon after, Carter Hayes tried to hide from his father after he stole a cute piglet from the pig farm. They then found enough evidence to arrest drifter Lorenzo Sims for the murder.

Upon admitting to the murder, Lorenzo said that the Sheriff had him taken into foster care after having to break up a violent fight between his parents. Angry at the Sheriff for ruining his life by separating him from his family, Lorenzo lured him into the pigsty, slashed his throat, cut him into pieces, and left the pieces in the pig trough as pig feed. Judge Powell sentenced him to life in prison. Shortly after the trial, a distraught Mia stormed out of the station and drove out on the player's police patrol car.

Gloria and the player found Mia in the Spring Fields Church with help from her boyfriend, Brock Perry. They then helped arrange the memorial service held by Mayor Joe Warren for the Sheriff by finding a gratitude letter from one Elissa Gardner, a girl whom he had taken into foster care.

Meanwhile, Jones and the player found AgriMeadows' post-office box, which (per Ramirez) showed that five years prior, Julia Brine (aka Fornax) had received massive injections of investment capital from a company called Orion Inc. in order to get AgriMeadows to grow quickly. After finding out Orion Inc. was run by venture capitalist and convicted killer Christian Bateman, they went to Grimsborough Prison, where Warden Mallory Banks told them that he was released a few days prior after some psychiatrists determined he was "under extreme psychological duress" when he killed Meera Kat and was thus not responsible for his actions.

After all the events, Ramirez discovered that Bateman's family owned a vineyard in Spring Fields, so the team headed there to catch Bateman once again.

Charlotte Webb
Add a photo to this gallery

Joe Warren
Add a photo to this gallery 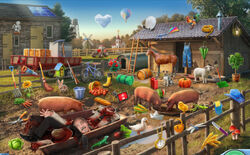 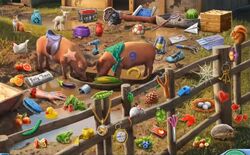 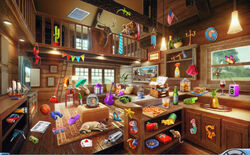 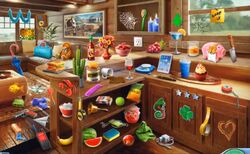 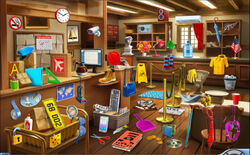 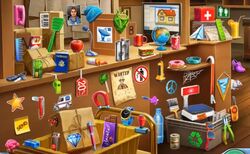 Post Office Counter
Add a photo to this gallery

Start a Discussion Discussions about Like a Pig to the Slaughter