Gloria Hayes (All Chapters)
Rita Estevez (To the Stars 2)

Lights Out is a case featured in Criminal Case as the fiftieth case of The Conspiracy (Season 5) and the two-hundred eighty-first case overall. It takes place in the Airport district of Grimsborough.

Upon finding out about the city-wide blackout, Gloria and the player headed to the Grimsborough Power Plant to investigate. After setting up some lights, they found the body of power plant manager Ryan Min, who was shot in the heart.

With an emergency generator in the station, the team proceeded to the murder investigation while Cathy and Alex began working to restore power in the city. Mid-investigation, the team went to Hutshing Square to control the citizens taking advantage of the blackout to loot and hoard. Later, the team caught electrician Jenna McFry breaking into the control tower to test her ideas on how to fix the blackout. They soon found enough evidence to arrest hired muscle Felix Murray for the murder.

Upon admitting to the murder, Felix said that after Ryan had hired him to protect him from a power plant employee, he got a call from a "valued friend" telling him to be ready to cause a city-wide blackout on their signal. When the time came to cause a blackout, security guard Jon Benson caught his shadow and called Ryan down from the control tower. Felix then knocked Jon out and shot Ryan in the heart after the latter realized what he was doing. He then went up to the control tower, plugged his electromagnetic pulse machine into the circuits, and caused the blackout. Felix was then sentenced by Judge Powell to 35 years in prison after hinting that his friend had wanted to bring down mobile communications.

Post-trial, Olive Powell told Rita and the player that her mother had gone missing. After she told the team that her mother usually took a shortcut through the city square, the team went there and found Powell's gavel, on which Amir found traces of a rum served by the pirate-themed bar, The Black Sparrow. They then talked to waitress Ruth Matuszak, who said she had overheard two men mention the power plant while talking about wanting to teach Judge Powell "a lesson". After they found and freed Judge Powell from her restraints in the power plant, Rita and the player encountered her kidnappers, Jeb and Willie Redfern, who kidnapped Powell for "heartlessly misjudging" their father. After the kidnappers briefly resisted arrest, Rita shot Willie, causing the brothers to go peacefully.

Meanwhile, Gloria and the player found some diesel fuel in the power plant which they gave to Alex and Cathy, who used it for a device to restore power in the city. With the power restoring gradually, the two told the team about an unsent text message reading, "Abt. Supernova. Human enhancement. Wrong way! Find me ASAP". The team then confronted Felix, who said that whoever paid him wanted to stop said message from being sent to its recipient.

After all the events, the team speculated that there was disagreement among Ad Astra. Knowing that the plan involved human enhancement and the meteorite, the team decided to head back to the dome to learn more about the plan.

Oscar Thompson
Add a photo to this gallery

Ruth Matuszak
Add a photo to this gallery 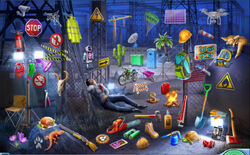 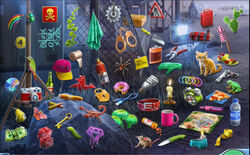 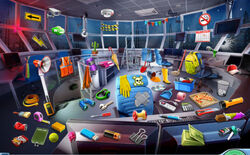 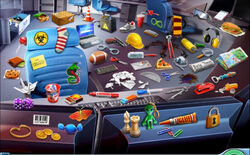 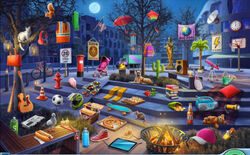 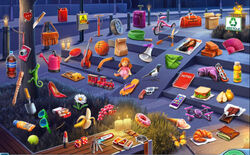 Square Ramp
Add a photo to this gallery