Gloria Hayes (All Chapters)
Rupert Winchester (Demons Among Us 5)

Light My Fire is a case featured in Criminal Case as the twenty-ninth case of The Conspiracy (Season 5) and the two-hundred sixtieth case overall. It takes place in the Maple Heights district of Grimsborough.

Gloria and the player attended Celine Dernier's awarding ceremony at the Glitz Hotel in order to intercept Dr Mortimer Pickering. During the event, they traced a woman's screams to the hotel gardens, where they found Celine burned to death.

Mid-investigation, the team found Celine's dog, Plopsie, barking at the guests in the reading room. Later, Mia Loukas told the team that waiter Crispin Ruff had filed a restraining order against Celine. The team then found enough evidence to arrest actor Cliff Montgomery for the murder.

Upon admitting to the murder, Cliff said that Celine had admitted to him that she spread rumors of him sleeping with every actress in Ivywood, which eventually led to his wife leaving him. Furious, Cliff threw absinthe at Celine and set her on fire with a torch. Judge Powell sentenced Cliff to 14 years in prison.

Post-trial, Gloria, Rupert, and the player talked to Mortimer in the reading room, where he told Rupert (in a secret language which Mortimer and Rupert made up at the University of Oxford) that DreamLife had given him a bugged device, which was in his bag in the reading room. Rupert and the player found the device, which Cathy modified in order to have the bug disabled and to have Rupert recognized as the device's owner.

Afterwards, they talked to Mortimer, who said that Rozetta Pierre had contacted him to study a "rare geological specimen". He quickly turned suspicious, however, after having to sign various non-disclosure agreements, receiving the bugged device, and hearing from Rozetta that the radiation in the dome was harmless, contrary to what the company had said to the public to keep them off the dome. Afterwards, Mortimer agreed to switching with Rupert while he stayed in the police's witness protection program.

Meanwhile, Ray Parker told Gloria and the player that archaeologists had unearthed a Xerdan tablet regarding the Demon Fish. He directed the team to the garden for the tablet, which (per Martine and Ray) said that a certain Xerdan song was able to attract all the Demon Fish in the area. Martine then proposed that someone sing the high-pitched song in order to attract and trap all the fish in the city. After giving her tuning fork to her, Lola Vallez sang the Xerdan song, and Animal Control was finally able to trap all the Demon Fish in the city.

After all the events, Jones informed the team that Mayor Martha Price had been assassinated.

Meredith Dernier
Add a photo to this gallery

Mortimer Pickering
Add a photo to this gallery 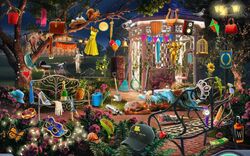 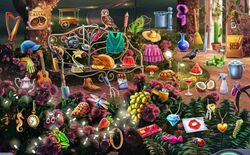 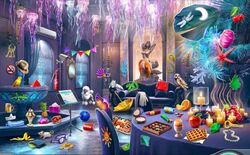 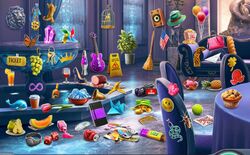 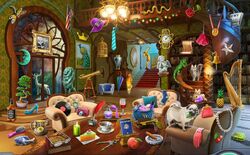 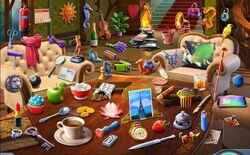 Cosy Corner
Add a photo to this gallery

Start a Discussion Discussions about Light My Fire