Lifeless in Seattle is a case featured in Criminal Case as the one-hundred sixty-sixth case of the game. It is the fifty-first case of the game's World Edition (Season 3) and also the third case to take place in North America.

After discovering SOMBRA's involvement with the USNay movement, the Bureau went to one of its rallies in Seattle. Upon Chief Ripley's orders, Jack and the player went to a USNay bus, where they discovered the body of Wolf News journalist Kelly Purnell with a pocket knife in the neck.

During the investigation, O.M. MediLab gave a press conference in support of USNay. Later, Robert Hicks, the leader of the USNay movement, blamed USStay for Kelly's murder and believed he was going to be the next victim. Despite all the drama involving USNay, it was revealed that the killer was Kelly's mother, Virginia Purnell.

Virginia admitted to killing her daughter after repeatedly denying involvement with the murder. Virginia abhorred how Kelly had left their home to work in Seattle, breaking the hearts of Virginia and her husband Hector. When Kelly refused to attend to Hector's funeral after his death, Virginia had lost her temper, resulting in her stabbing Kelly in the neck with a USNay pocket knife. Judge Adaku ordered her stay in a maximum security psychiatric hospital.

Following Virginia's arrest, Ripley sent Jack and the player to the bus again, this time to investigate about O.M. MediLab. They found a dictaphone belonging to Robert Hicks, which recorded one of his meetings with Erin Bryant, O.M. MediLab's public relations officer. Robert refused to talk but revealed that they met in The Great Coffee Seed café. There, the team found Erin's folder, which (per Elliot) proved that O.M. MediLab was engaging in tax evasion. With that solid piece of evidence, the team shut down the pharmaceutical and arrested Erin.

Meanwhile, Niilo Virtanen, the envoy for the Unified Nations whom they had met in Mexico, requested the team's help after realizing that someone was stalking him at the market place. Jonah and the player investigated the vicinity and found a surveillance photo proving someone wanted to Niilo dead. When informed of this, Niilo said that he would depart to Alaska to investigate a weapons factory.

To protect Niilo, Chief Ripley sent the Bureau to Alaska, where a disguised Jack and the player would escort Niilo during his work at the factory.

Ana Gutierrez
Add a photo to this gallery

Niilo Virtanen
Add a photo to this gallery 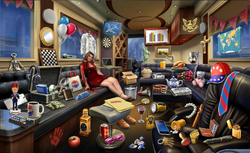 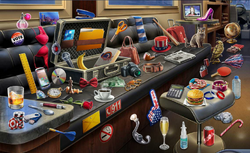 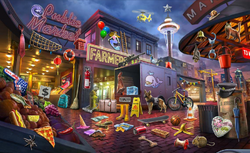 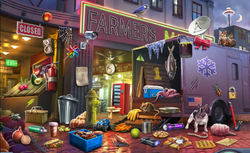 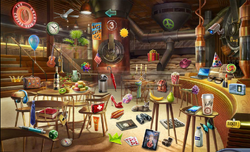 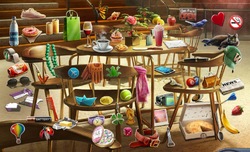 Retrieved from "https://criminalcasegame.fandom.com/wiki/Lifeless_in_Seattle?oldid=520916"
Community content is available under CC-BY-SA unless otherwise noted.