Lǐ Yǐng (Chn: 李英) was a suspect in the murder investigation of her mother, adoption agent Li Jun, in Dead in the Water (Case #26 of World Edition).

Ying is a 21-year-old girl and the daughter of the late Li Jun. She has long, reddish-brown hair decorated with a lotus hairpin. She wears an orange blouse over a brown shirt and carries a magenta bag over her left shoulder. She also wears a necklace and has a bruise on her left cheek. It is known that Ying practices calligraphy, eats gong bao chicken and has a cold.

Ying became a suspect after the player and Jack found the victim's scrap book, which mentioned her. The minute she heard her mother's death, she burst into tears. She cried saying she knew they never should have come to Sichuan, which despite how great her mother said it would be, it ended with her dying.

Ying was interrogated again about a photo of her mother, which called her "the world's worst mother". Despite trying to get out of it, she said that her mother was constantly caring more about orphans than her. The victim was never there for her, and only brought her along on the trip because she momentarily remembered that she had a daughter. Ying said she was not sorry that she was dead, and would get to inherit her money because of it.

Despite her anger, Ying was found to be innocent after the team incarcerated Ellen Morowitz for Jun's murder. However, she had to be interrogated again about her mother's notes on missing orphans. Ying simply told them that she was at the restaurant all the time surrounded by papers. This prompted Jack and the player to search the restaurant again for the notes. 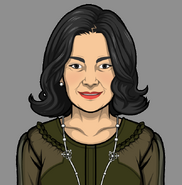 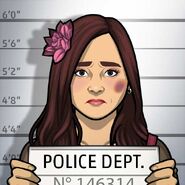 Retrieved from "https://criminalcasegame.fandom.com/wiki/Li_Ying?oldid=415185"
Community content is available under CC-BY-SA unless otherwise noted.