Last Stand for Justice is a case featured in Criminal Case as the sixtieth and final case of Mysteries of the Past (Season 4) and the two-hundred thirty-first case overall. It is also the final case set in the Capitol Peak district of Concordia.

Previously, Charlie (accompanied by Isaac for safety purposes) had gone back to the Squad airship after he helped free Mayor Lawson's political prisoners. After Isaac and Charlie failed to return, Maddie, George, and the player went to the airship, only to find Charlie shot in the heart inside his lab, much to Maddie's sorrow.

After Maddie left George with Lady Highmore, she and the player continued with the investigation. All the suspects turned out to be members or allies of the Squad: Isaac (who was the last to see Charlie alive), Diego (whose calling card was found in the airship), Rose (whose gun was the murder weapon), Constable Ramirez (who admitted to seeing Charlie in the Concordia Tower right before he was killed), and Chief Wright (who intended to fire Charlie from the Squad). Mid-investigation, Judge Umbright told Lady Highmore she would come to the manor, forcing the team (sans Maddie and the player) into hiding. Umbright later arrived and soon left, taking George with her. With the rest of the team searching for Umbright and George, Maddie and the player found the final pieces of evidence to arrest Diego for the murder.

Upon admitting to the murder, Diego also admitted to working in secret with Charlie to apprehend Lawson. Charlie had developed a tracking device while Diego worked his way into Lawson's inner circle so he could place said device on Lawson's person. When the Squad was arrested, Diego had contacted Charlie to meet him alone in the airship for the tracking device. However, when they met up, Lawson found them and ordered Diego (under the guise of Eddie Lebold) to shoot Charlie. When Lawson threatened to have Maddie and the rest of the Squad killed, Charlie said that he was the sole person conspiring against Lawson in the Squad. Lawson then proclaimed that if Charlie died, the rest of the Squad could live. After Lawson gave Diego one of Rose's guns, Charlie told him to shoot him to save his family. Diego regretfully fired and killed Charlie, proving his worth to Lawson. Diego then explained that he had to lie during the investigation because he had not yet planted the device on Lawson. Maddie and the player then held him in custody until he could be given a proper trial.

After the arrest, Dick said that Judge Umbright wanted the Squad to surrender to her at Smokey's Café in order to get George back. Maddie and the player then talked to Rose, who asked them to find one of George's toys while she was refining her plan for the negotiation with Umbright. In Charlie's lab, they found George's toy rattle, which Rose then rigged to emit an electric charge to incapacitate Umbright. The Squad then proceeded to the café, where they refused to turn themselves in until Umbright return George to Maddie. After she did so, Rose asked for Umbright's permission to give George the rattle. Suspicious of the Squad, Umbright took the rattle to inspect it, only to get shocked unconscious. They then cuffed Umbright before going back to Highmore's.

Meanwhile, Isaac and the player talked to Diego regarding the tracker. He said that he had already placed the emitter on Lawson, but that he had dropped the tracker that displayed his location while running from the airship. On the airship's landing pad, they found the broken tracker which Diego then repaired (under Evie's supervision). He then advised the team to wait until Lawson's position stabilized as it appeared he was still on the hunt for the Squad.

Later on, the Squad proceeded to the Concordia Tower to arrest Lawson, who appeared to have positioned himself there. When they put him under arrest, two Justice Corps officers came to Lawson's aid so he could arrest them instead. During the standoff, Lawson shot Isaac in the heart, which left him unharmed as he and the rest of the team were wearing Rose's bulletproof vests. Isaac then fatally shot Lawson in the heart in retaliation, killing him and ending his reign of terror once and for all. After Lawson's backups surrendered, the team reconvened at the airship. Chief Wright and the player then offered Lady Highmore the position of interim mayor (upon Bernadine Rochester's recommendation) until a democratic election could be held, an offer which she gracefully accepted.

A few days later, the team recounted how Highmore had dismantled the Justice Corps, ordered new trials for everyone imprisoned under Lawson's regime (including Giulietta Capecchi and Enzo Jonas who had turned themselves in), reinstated the freedom of the press, and considered a pardon forgiving Adelia Baldwin for her crime. They then went to Charlie's funeral to pay their respect before leaving Maddie and George alone for a while to say their personal goodbyes.

The next day, Maddie and the player found a film Charlie was making while sorting through his things in his lab. They and George then watched the film where Charlie said that he would be recounting his adventures in the Squad for George to watch when he grew up. After hearing Charlie say Diego was a great friend and ally, Maddie (accompanied by the player) went to Diego's cell to make peace with him. After she did so, Diego said he was ready to accept his punishment for Charlie's murder.

A few days later, Chief Wright decided to give the Squad a vacation before getting back to work. After the Squad shared their vacation plans to one another, the Squad asked the player not to forget them, no matter what they were to do in the future.

Arthur Wright
Add a photo to this gallery 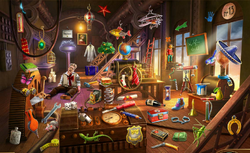 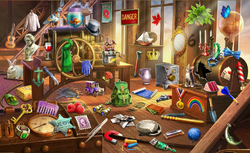 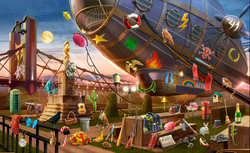 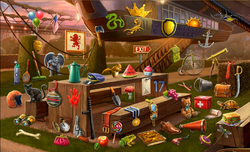 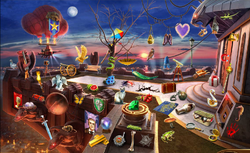 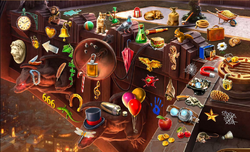 Tower Balcony
Add a photo to this gallery

Start a Discussion Discussions about Last Stand for Justice