Lashing Out is a case featured in Criminal Case as the forty-second case of The Conspiracy (Season 5) and the two-hundred seventy-third case overall. It is the final case to take place in the University district of Grimsborough.

Previously, the police came to Kevin Charles' protection after finding out that Rozetta Pierre had instructed the current members of Ad Astra to take care of him. Mia Loukas then told the team that they had found Kevin Charles's body in the forest on the university grounds. Jones and the player went to the clearing and found the professor tied up to two trees and whipped to death.

Mid-investigation, Mia told the team that they had discovered Ad Astra's hideout cave. Later, Lucius Roth confessed to the murder with details contrary to the forensic evidence the team had found. They then kept investigating, discovering Dorothy Kix to be the leader of the new Ad Astra and finding student president candidate Polly O'Brien guilty of the murder.

Upon admitting to the murder, Polly said that she had chloroformed Kevin in his office, dragging him to the forest unconscious, and whipped him to death upon Rozetta's orders. She also said that she did not know why Lucius falsely confessed to the murder. Judge Powell sentenced her to 35 years in prison.

Post-trial, Jones and the player went to Ad Astra's cave, suspecting that there was more to the murder than Polly had confessed. There, they found out a makeshift stretcher, proving that Polly had an accomplice in the murder. Per Amir, the stretcher contained Azeeb Patel's DNA. They went to interrogate Azeeb, who admitted that he, Dorothy, Polly, Lucius, and Courtney Guerra all took turns in whipping the professor, directing them to the cave to search for a tablet containing proof. There, the team found the tablet, which (per Cathy) contained the master plan for Kevin's murder that they had concocted even before Rozetta's instructions, which detailed the roles all five Ad Astrans played in the murder, with Lucius giving the false confession to learn what the police knew about the murder. Their hope was that five people committing the murder would produce evidence so contradictory that the murder could not be pinned on any of them. The team then went to arrest Courtney and Dorothy.

Meanwhile, Gloria and the player headed to the professor's office to discover Rozetta's motive for killing him. There, they found a mousepad with scribbled letters, which (per Cathy) was his password to his University intranet account. On the account, he had noted that the old Ad Astra may have wanted to kill him to protect their identities. He also said that he planned to leave a message for the player. The team then went off to the forest clearing to find the message and found a note half-burned in the campfire. The note said that the five original Ad Astrans hid behind constellation codenames and that "Fornax" was in Spring Fields, the city's agricultural district. The team informed Chief Parker of their discovery, who recalled that Fornax was also the name of the warehouse DreamLife had planned to ship the Protozane to, meaning that some of the drugs may have landed in their hands.

After all the events, the team attended Dorothy, Lucius, and Courtney's trial (Azeeb had taken a plea deal that would give him a 7-year prison sentence). There, the Ad Astrans said they followed Rozetta's orders to kill the professor and burn his papers because she had told them that they were special and that she needed them for her plans (which she would only detail to them after the murder). Judge Powell then sentenced the three Ad Astrans to 30 years in prison. Outside the courtroom, the team resolved to go to Spring Fields and catch "Fornax" before they could unleash Protozane into the city.

Dorothy Kix
Add a photo to this gallery 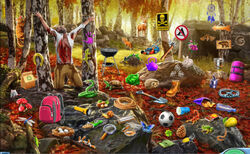 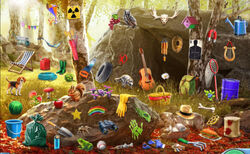 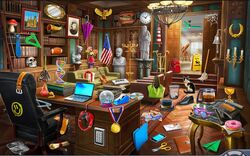 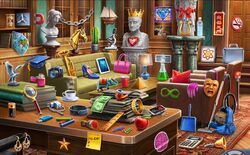 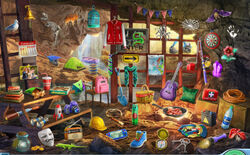 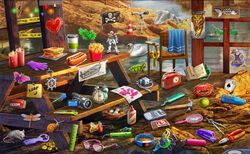 Meeting Table
Add a photo to this gallery