Kit Partridge was the killer of former Grimsborough PD coroner Nathan Pandit in Snake in the Grass (Case #1 of The Conspiracy).

Kit is a 43-year-old retired coroner, former colleague of Nathan, and a frequenter of the Mighty Zooniverse zoo. He has brown hair, a brown mustache, and a brown beard graying in the center. He wears a blue shirt with black buttons and several birds depicted on it. He also wears binoculars and a green visor cap. It is known that Kit can handle snakes, reads The Jungle Book and wears Eau de Wild.

Kit was first spoken to when Jones and the player found his "Most Frequent Visitor" trophy. He said that he was allowed early entry because of a special member card he and other "zooficionados" had and that he loved watching the animals. When he was told that a zoo veterinarian was killed, he said that he did not know him because his visits to the zoo usually involved limited human interaction.

Later, the team found a photo of him and Nathan when they were working together as coroners. When asked about it, Kit expressed shock that the victim was Nathan, his old colleague. Kit speculated that he and Nathan both wanted to be surrounded by vibrant life in the zoo after seeing so much death at the autopsy table. Kit said that he was glad to have retired as he did not want to autopsy Nathan.

At the climax of the investigation, Kit was found guilty of the murder. Upon admitting to the murder, Kit said that his son, Zachary, became a suspect in a drug bust when he and Nathan were colleagues. He asked Nathan to doctor the evidence to relieve Zachary of suspicion. However, Nathan had refused to sacrifice his ethical code, leading to Zachary's arrest. Still holding a grudge against Nathan, Kit saw him working at the zoo ten years after his son's arrest. He then bided his time, studying Nathan's routine daily before the day of the murder, learning that he came early to the job. He then went to the terrarium, stole an Eastern coral snake, hit Nathan over the head while he was tending to the giraffes, tied him up, and coaxed the snake to kill Nathan. Judge Powell sentenced Kit to 27 years in prison. 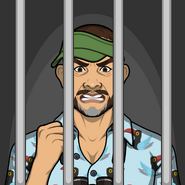 Kit, sentenced to 27 years in prison for the murder of Nathan Pandit. 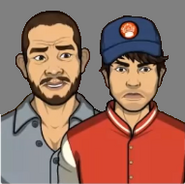 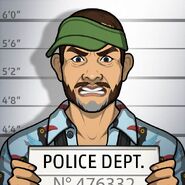 Retrieved from "https://criminalcasegame.fandom.com/wiki/Kit_Partridge?oldid=459264"
Community content is available under CC-BY-SA unless otherwise noted.