Carmen Martinez (All Chapters)
Elliot Clayton (1 task in Crossing the Desert 3)
Killing Spring is a case featured in Criminal Case as the one-hundred twenty-fourth case of the game. It is the ninth case of the game's World Edition (Season 3) and also the third case to take place in the Sahara Region.

On their way to the town Ingrid mentioned previously, Carmen and the player stumbled upon an oasis, where they found protest leader Hamza Boussefi with a bullet wound in the back of the head.

During the investigation, Sultan Mahmoud, the governor the town was protesting against, threatened to open fire on the remaining protesters. Later, Mahmoud restricted access to the oasis, jeopardizing the investigation. Despite the events, the team found enough evidence to arrest journalist Thomas Cox for the murder.

Thomas denied involvement first but soon admitted to the crime. Thomas and Hamza had arranged an interview about the latter's protest movement at the oasis, where Hamza handed Thomas his rifle because the journalist wanted to get a feel for it. When Thomas grabbed the weapon, it accidentally fired on Hamza, killing him. Thomas then seized the death to create a news story in which he blamed the Sultan for it. Judge Adaku sentenced him to 10 years in prison.

After the trial, Carmen and the player talked to Thomas in jail to see if he had run across The Sword's name. Thomas remembered interviewing many protesters who claimed to be following The Sword's orders. Carmen then suggested to look for clues at the protest square, where they found a wad of cash with a note in Aramaic. Per Dupont, the money was addressed to Hamza in exchange for helping SOMBRA, although the historian did not know what SOMBRA was. Fatima Boussefi, Hamza's wife, said that The Sword had been using her husband to overthrow the Sultan, and that they used to meet at the oasis.

At the oasis, the team found another wad of cash with The Sword's symbol. It had traces of sediments from the Nile river, so the Bureau followed Ripley's killer to Egypt. 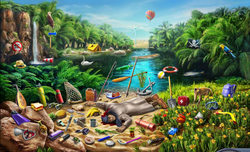 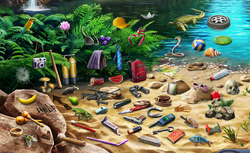 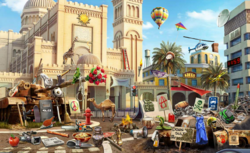 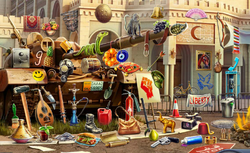 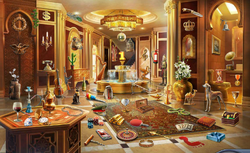 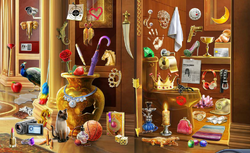