Kicking the Bucket is a case featured in Criminal Case as the one-hundred fifty-fourth case of the game. It is the thirty-ninth case of the game's World Edition (Season 3) and also the third case to take place in Africa.

The Bureau arrived in South Africa to stop SOMBRA's hit on Prince Abioye of Mazunda and to find out about his connection with the missing diamonds. Chief Ripley sent Jack, Michelle Zuria, and the player to a Zulu village, since Abioye was attending a conference there. In the village, they found the body of SOMBRA assassin Kayla Pieterse, who was drowned in a water well.

Elliot tracked Abioye to Soweto, but the prince ran away before the team could find him. He was later found at the Zulu village. Furthermore, someone fired at Abioye in the yacht club, resulting in his bodyguard Willem Nieuwoudt to be shot in the shoulder. Despite the circumstances, the team incriminated Kwanele Mthembu, Kayla's ex-boyfriend, as the killer.

After denying involvement, Kwanele admitted he had killed Kayla. After learning of Kayla's induced superintelligence, Kwanele wanted to be a SOMBRA assassin, but she said he was too old. Wanting to prove his worth for the organization, he tied Kayla, drowned her in the well and tried to murder Abioye. Judge Adaku sentenced him to 30 years in prison for the murder of Kayla Pieterse and the attempted murder of Prince Abioye.

Post-trial, Jack and the player talked to Willem to find out about SOMBRA's reason to kill the prince. Willem did not know about SOMBRA but pointed the team to the yacht club, since they had been hiding there. The team found a map with Abioye's itinerary. The prince said that SOMBRA smuggled diamonds through Mazunda, an act he was fighting against. He left the principality when SOMBRA threatened his people and moved across Africa to raise awareness about the smuggling.

Meanwhile, Marina requested the help of the player to investigate Jonah's background. They went to Soweto, Jonah's childhood home, and found his cell phone, which contained corrupted files. Elliot did not find anything that would expose Jonah as the mole, but he found a photo of him with an unknown woman. As Jonah did not reveal her identity, the team made a second visit to Soweto. They met the woman, who turned out to be Jonah's half-sister, Lily Karam.

Later, the team deduced Lavinia De Brills's diamonds were the key to SOMBRA's success. The Bureau then headed to De Brills Company's largest mine to discover the diamonds' connection to the criminal organization and investigate the company.

Prince Abioye
Add a photo to this gallery

Lily Karam
Add a photo to this gallery 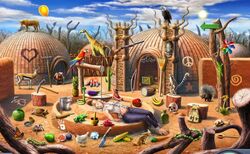 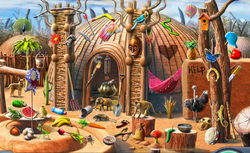 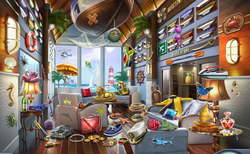 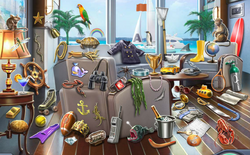 View on the Marina 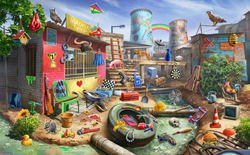 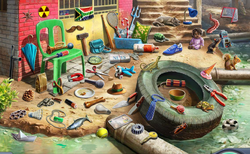 Gutter
Add a photo to this gallery

Retrieved from "https://criminalcasegame.fandom.com/wiki/Kicking_the_Bucket?oldid=539039"
Community content is available under CC-BY-SA unless otherwise noted.