Keanu Ashokan was a suspect in the murder investigation of social worker Sandy Grimmes in Burying the Hatchet (Case #53 of Grimsborough).

Keanu is a 17-year-old juvenile offender with brown mohawk hairstyle. He wears a navy blue singlet with the design of a blue skull on it. He also wears a beaded necklace with a design of 3 marijuana-shaped beads as well as a dreamcatcher tattoo on his right shoulder. He has a lost tooth on his lower jaw and also a scar running from his nose to his right cheek. It is known that Keanu is a smoker and is in contact with turpentine.

Keanu was called into the investigation when Jones and the player found out that the victim, Sandy Grimmes, had a morning appointment with him according to her paperwork the team found near the murder scene. Keanu told the team that he could not make it to the appointment for some reason which he did not mention. He also tried to convince them that he did not kill Sandy, who wanted to send him away to a juvenile offenders' home, but now that Sandy was dead, he did not need to worry about being sent away to a juvenile offenders' home anymore. Apart from that, Keanu mentioned that the social workers always promised to help the Aloki Indians, but their job was to clear them off their land, the land they had lived on for generations.

At the end of Chapter 1, the team encountered Keanu once again when Ramirez gave them a phone call which indicated the team to go quickly to the Aloki Settlement. There, they saw Keanu, holding Ramirez in a headlock and pointing a gun to his head. The team warned Keanu, who still did not want to drop the gun since Ramirez wanted to send him to a juvenile offenders' home. However, he did not kill Ramirez, but just fired a bullet through his hat and fled. He did this to distract the team so that he could run away. The team then approached Ramirez, who was holding Keanu's Grim Gas employee badge which he had ripped off from Keanu's clothes during the struggle.

In Chapter 3, the team took Keanu in for his assault on Ramirez. Keanu apologized for the assault and he explained that he did it because he got freaked out when he saw all the cops hanging around. Jones told him that Sandy never wanted to send him away, but she was in fact trying to keep him on the settlement. This angered Keanu, since Ron Riggs, his boss, lied to him that Sandy was his enemy and that she was going to send him away.

Even though Keanu lost himself throughout the investigation, he was proven innocent when Shanaya Peota was indicted for Sandy's death. 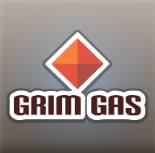 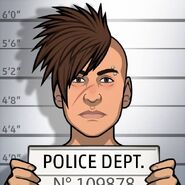 Retrieved from "https://criminalcasegame.fandom.com/wiki/Keanu_Ashokan?oldid=457897"
Community content is available under CC-BY-SA unless otherwise noted.