Kayla Markham was the victim in I Lost My Heart in Xerda (Case #23 of The Conspiracy).

Kayla was a tomb raider with black hair that's braided and brown eyes. At the time of her death she wore a turquoise blue shirt under a purple jacket with grey linings and a pocket containing her ID card. She also had a grey backpack with purple linings and black straps, a golden skull necklace and golden hoop earrings. She also had a beauty mark on her right cheek and a coil of rope around her torso.

Kayla was discovered by Bruno Camper, and later Jones with the player, in a sacrificial altar with her heart carved out of her chest. Martine confirmed that the victim died from blood loss, due to the removal of her heart. She then said she discovered two things about the victim's cadaver; that the killer knocked her out with chloroform and that from the angles of the incisions, that the killer's dominant hand was their right. This meant that the killer was right-handed.

Later Jones and the player found a bloody knife outside the temple, which Rita confirmed as the murder weapon. Unfortunately, the killer was smart to not leave any DNA on the blade, however they made a mistake as Rita found out the killer spilled whiskey on the blade. That meant the killer drank whiskey.

It was discovered that Kayla was a tomb raider and that she sold her artifacts to antique shop owner Hazel Galloway, who was in love with the victim. They also found out that tour guide Laura Crosby was involved in Kayla's tomb raiding when Kayla offered her money for access to the site. They also found out from Chief Parker that her husband, historian Ray Parker, knew that Kayla was his niece and a tomb raider. They also learned that archaeologist Bruno Camper had caught Kayla robbing from the tomb, despite him claiming to not know the victim.

The killer turned out to be Bruno himself.

Upon admitting to the murder, Bruno said that Kayla was his ex-wife, who he met in an archaeological dig in Egypt. Three months after they were married, Kayla left with some stolen artifacts from the dig. Bruno was then kicked off the project because the bosses assumed he was in on the theft. After seeing Kayla once again outside the sacrificial chamber, he cut her heart out with a knife much like the Xerdans did with traitors. Judge Powell sentenced Bruno to life in prison. 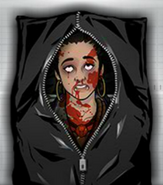 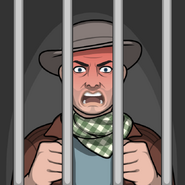 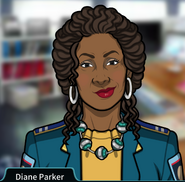 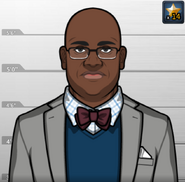 Ray Parker, Kayla's uncle.
Add a photo to this gallery

Retrieved from "https://criminalcasegame.fandom.com/wiki/Kayla_Markham?oldid=499338"
Community content is available under CC-BY-SA unless otherwise noted.