Chieftain Katurix was the victim in Stranded in Gaul (Case #2 of Travel in Time).

Katurix was a Gallic Chieftain serving the Gallic tribe. He had neck-length blond hair, a wide mustache, thick brown eyebrows and black eyes. He wore a copper body armor with a brown leather belt, further lowering it between his legs, textile-patterned pants, and a pair of boots. He also donned a dark beige cape around his neck and wore a headband with a triskelion symbol etched in the center of it.

Katurix's body was found at a dolmen circle a year prior to his historically-consistent death. Per Janis, he died from a fatal blunt blow to the head and was caved in deep. Judging from the deepness of the blunt force, Janis speculated that the murder weapon was a stone. She also confirmed that there were traces of both ash and animal fat in the victim's shoulder, which was an early form of soap, meaning that the killer had used soap after bashing Katurix in the hill.

After investigating the murder scene again for more clues, the player and Zara found a bloody stone abandoned there. The team then instantly confirmed the stone to be the murder weapon and sent it to Janis for analysis. After extracting fibers of brown fur, Janis confirmed that the fibers belonged to the fur of wild boars, and worn as clothing, meaning that the killer wore brown fur to warm themselves in the cold.

Katurix's druid, Atreba, predicted his death using her divination runes. Warrior Delignata was after his position as Chieftain and believed him to be a weakling. Katurix had ordered blacksmith Venextos to forge him a weapon in case his negotiations with the Romans failed, but neglected to pay him, leading Venextos to steal his money. Katurix had offended Aquilifier Regulus after he spat at the Roman flag, prompting Regulus to deface a Gallic flag. He also angered General Mark Antony after he stole his poem from the late Julius Caesar.

The killer turned out to be Venextos.

Upon admitting to his crime, Venextos said he had overheard Katurix praying to the gods at the dolmen to protect him while he ran away and abandoned the tribe. Not approving of his betrayal, Venextos bashed the Chieftain's head in with a stone. They presented him to the tribe, where Delignata sentenced him to stand first-in-line without a shield when they would face the Romans. 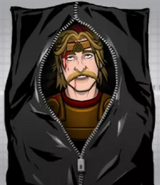 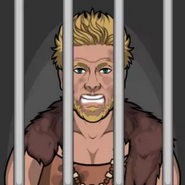 Retrieved from "https://criminalcasegame.fandom.com/wiki/Katurix?oldid=480519"
Community content is available under CC-BY-SA unless otherwise noted.