Juniper was the 33-year-old mascot of DreamLife's VR game as well as the model for its virtual hostess. She had platinum blonde hair wrapped around a donut with a sky-blue streak, and blue eyes. She wore a shiny platinum breastplate with a sky-blue choker, a matching skirt, and matching gloves. Additionally, she sported platinum earrings, pink lipstick, and a pair of platinum boots. It is known that Juniper was vegetarian.

During DreamLife's launch party of their new VR system, Rozetta Pierre told the guests to wear the system and play the game with help from Juniper, the game and the system's hostess. Upon wearing glasses, the player saw Juniper welcoming them to DreamLife VR. She said that in the game, the player could explore the endless possibilities in their own dream virtual world.

Murder on the Dance Floor

Juniper reappeared after Rupert invited the player to wear his VR headset. In the game, Juniper welcomed Rupert to the Buckingham Palace, where he would be having afternoon tea with the Queen.

Juniper was at The Greens' annual Tech Convention, giving a demonstration of DreamLife's VR game when her headset exploded, blowing half her head off. Jones and the player, who were attending the conference, immediately deduced that the VR headset was booby-trapped, registering it as the murder weapon. Upon autopsy, Martine found out that the bomb was detonated with a remote control, meaning the killer was in the crowd when the murder happened. Furthermore, the soldering and wiring appeared to be quite advanced, which proved that the killer had knowledge in electronics.

It was revealed that Juniper had insisted to her boss, DreamLife CEO Rozetta Pierre, that she deserved some shares and recognition in the company, despite Rozetta insisting that Juniper was just a pretty face. Juniper also had an older brother, beat cop Tim Cooper, who loved her and insisted that he wanted to be sure that Juniper was safe out there in the gaming world without being overprotective of her. VR addict Annie Schmidt was also revealed to have hated Juniper because of her repetitive tofu adverts which led the former to blow her up in virtual reality, making Annie believe she had really killed Juniper in reality. The virtual Juniper had also befriended GPD laboratory chief Rupert Winchester, which led the latter to believe that they would click in real life like they did in the VR world, however Juniper had sent a rude reply to his text message. iPear's new CEO Eoin Cafferey was also tired of Juniper being in the spotlight, claiming that the media never gave him enough attention before her death.

The killer turned out to be Tim.

Upon admitting to the murder, Tim said that his father had been dying and had wanted to see Juniper for the last time. Instead of visiting him, however, Juniper merely sent a VR headset to her father so he could talk to her in the game. Out of love for his daughter, his father had started playing the game all the time, eventually dying while talking to the virtual Juniper. Angry that his sister showed no remorse or sadness, Tim then rigged Juniper's headset with explosives and detonated the bomb while he was watching her during the convention. Judge Powell sentenced Tim to 40 years in prison. 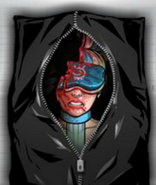 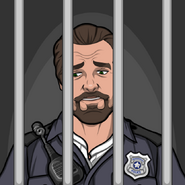 Tim Cooper, Juniper's brother and killer.
Add a photo to this gallery

Retrieved from "https://criminalcasegame.fandom.com/wiki/Juniper?oldid=478604"
Community content is available under CC-BY-SA unless otherwise noted.