Johan is a 30-year-old hunter, a former friend of Hans, and brother to the late Christophe. He has blond hair and facial hair and scars on his face and neck. He wore a green shirt with a brown cloak wrapped around his neck, along with a necklace with two teeth. He has a quiver full of crossbow bolts strapped around his shoulder. He has a tattoo of two arrows facing in opposite directions on his right hand. It is known that Johan drinks beer, had military training, listens to German music and is right-handed.

Johan was first interrogated after the player and Carmen found a storybook with his and the victim's names in it. He was shocked to hear of Hans' death and said that they were friends when they were younger. They last saw each other 15 years ago since Hans was becoming a movie star and Johan had military training to do. Carmen was surprised that Johan still held on to that book, but Johan said it had some good stories, then proceeded to mention the story about the Black Forest. According to the legend, those who enter the Black Forest are never seen again. Carmen took that as a potential threat and warned Johan not to make another one.

Johan was spoken to again regarding an incident that occurred involving the disappearance of his brother, Christophe. According to Dupont, it was Christophe's sudden vanishing that spawned the legend of the Black Forest. Johan asked how the story was relevant to the murder investigation, to which Carmen replied saying that the victim was with him and his brother on the day in question. Johan said the three of them used to go hunting together and Johan left to grab his radio, but when he returned his brother was gone. He and the victim searched high and low, but they could not find him. He blamed Hans for the death of his brother as it was his job to protect Christophe, but he ran off to hunt a buck.

In the end, the evidence pointed to Johan as the culprit behind Hans' murder. Initially denying involvement, Johan admitted he killed Hans because he thought the secret he would out during his interview with Mayor Nagel was that Johan accidentally killed his brother, Christophe Schnee. In court, Johan said that the Promethians told him that Hans would reveal his secret. Judge Adaku sentenced him to 25 years in prison.

The local authorities requested that they have help finding the body of Johan's brother, Christophe. Johan went through the whole story and said that his brother was buried in an old well in the Black Forest. A body was found, and Angela confirmed that the body belonged to Christophe. However, she managed to discover that Johan did not kill his brother. The impact wound and angle of the arrow showed he was shot by a left-handed archer, and Johan is right-handed. She looked into Hans' records and discovered that he was left-handed, and she also found traces of his DNA on the tip of the arrow, proving that Hans killed Christophe, not Johan. He was infuriated learning that Hans tricked him like that, but was happy to know he was innocent of his brother's murder. Carmen reminded him that he was still responsible for killing Hans, but that did not matter to him. 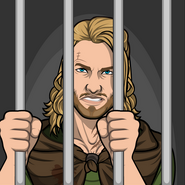 Johan, sentenced to 25 years in jail for the murder of Hans Vogel. 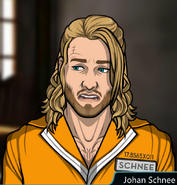 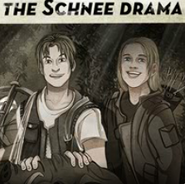 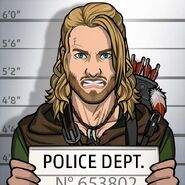 Retrieved from "https://criminalcasegame.fandom.com/wiki/Johan_Schnee?oldid=408485"
Community content is available under CC-BY-SA unless otherwise noted.