Joe Turner was the victim in The Reaper and the Geek (Case #37 of Grimsborough).

Joe was a cosplayer and a science fiction fan. He had neck length wavy brown hair, brown eyes, and wore dark red glasses. Before his death, he was seen wearing a red Star Trek t-shirt with an upside down triangle and a black collar.

As Jones and the player arrived at the Sci-fi Festival, they spotted Joe impaled on the scythe of the Ripper Jade statue at the entrance. Concluding that he was pushed from the second floor railings down to the statue, the team sent the body to Nathan, who had noticed that Joe had grabbed the killer's professional attendant badge before his death. This meant that the killer was a professional attendant of the Sci-fi Fantasy Festival.

Almost nobody actually liked Joe, as he was described by Tess Goodwin as "a patronizing, misogynist a**hole". He had been in a rivalry with comic book shop owner Kevin Parker ever since he (Joe) got a rare action figure that they both wanted during kindergarten. Joe had also been banned from Irma Anderson's diner for causing fights between customers. He had also posted a scathing review of her diner, decreasing the customers it usually saw. Joe had also tried blackmailing B-movies actor Bruce Anderson with a picture of him as he was changing his trademark prosthetic chin. Finally, Joe had also rubbed Sci-Fi Fantasy Festival organizer Peri Foreman the wrong way as he was always vying for her position as head organizer, even going so far as to publish an exposé on the real cost of the festival and a critique of its organizing committee that almost destroyed the festival.

The killer turned out to be Peri.

Upon admitting to the murder, Peri said that she was going to confess after the Festival She had talked privately to Joe on the second floor to tell him to behave to ensure that the Festival went by smoothly. When he laughed at her face however, she slapped at him to shut him up. They ended up wrestling, with Joe almost shoving her off the rail before she managed to turn around and push him off herself. Judge Hall sentenced her to 10 years in prison, mostly because she had exposed the body to the public. 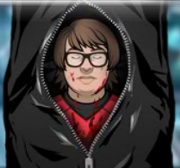 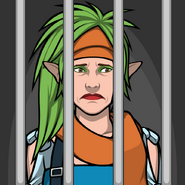 Peri Foreman, Joe's killer.
Add a photo to this gallery

Retrieved from "https://criminalcasegame.fandom.com/wiki/Joe_Turner?oldid=450752"
Community content is available under CC-BY-SA unless otherwise noted.