Jennifer was the 17-year-old daughter of Vanessa Carter with blonde hair extending to her neck and brown eyes. She also sported red lipstick. At the time of her death, Jennifer was seen donning a pink bra.

Jennifer was hanged to a butcher's hook and cut open in a gruesome murder. Nathan discovered during the autopsy that she was tortured with cigarettes on her chest, so the killer smoked. She was also hit in her head, causing a concussion. The killer also took her heart out of the body and left some black hairs on her body.

Butcher Raoul Colletti reported the murder to the police, after which he told the team that the one who had discovered the body was his daughter, Trish Colletti. The team later discovered that the butcher's assistant, Raphael Soza, was cheating on Trish with Jennifer, who had wanted him to cut ties with Trish. Raphael then told the team that Jennifer was extremely hateful towards the Collettis, leading him to cut ties with her. Jennifer had also sent a threatening message to Raoul telling him that "he would pay for what he did", but Raoul claimed that she had simply sent it to the wrong number.

Vanessa Carter, Jennifer's mother, was also involved in the investigation, where she told the team that she had warned Jennifer to stay away from Raphael and the rest of the hobo camp.

The killer turned out to be Trish.

Trish was guilty of the heinous murder when the killer's attributes incriminated her as Jennifer's killer. Raoul refused to protect Trish as the police had enough evidence to prove Trish's involvement of the murder but as Jones and the player arrested Trish, she opened up the reason why Jennifer's death was warranted--Trish found out Jennifer slept with Raphael Soza and could not afford Jennifer to get away with it given Raoul's panicking every time Jennifer came to the Colletti Butchery. Trish kidnapped Jennifer, and then discreetly tortured her and butchered her up like a pig while no one was watching.

Due to the heinous nature of the crime and the psychological disorders she demonstrated in the murder, Judge Hall tried Trish as an adult but Trish countered that she did it for love because she knew Raphael was being brainwashed by Jennifer and she knew she had to act, which were grounds for a lifetime jail sentence with psychological monitoring and eligibility for parole in 40 years. 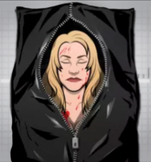 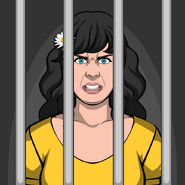 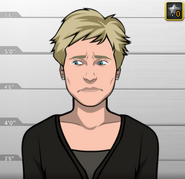 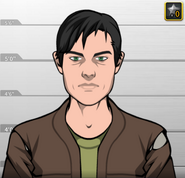 Raphael Soza, Jennifer's boyfriend.
Add a photo to this gallery

Retrieved from "https://criminalcasegame.fandom.com/wiki/Jennifer_Carter?oldid=516620"
Community content is available under CC-BY-SA unless otherwise noted.