Jean was a 32-year-old spy of the French Secret Service. He had black hair and a faux mustache and dons a white shirt with a bow tie under a black suit jacket with a scarab pin to his right and a handkerchief with red hearts pocketed to his left. It is known that Jean ate pickled turnips, smoked hookah and read hieroglyphs.

Jean was first interrogated after Jack and the player found a fez with a spy cam embedded belonging to him in the hookah bar. Jack was surprised someone like Jean could actually be a spy, but with that aside he asked why Jean was in Egypt, which Jean could not reveal. When asked about the sordid slaying of the fruit vendor, he recognized the victim and said he only smoked a hookah pipe with him, but they never talked to each other.

Jean was interrogated again after his fingerprint was found and identified on a surveillance photo of the victim and Asal Hawaa. He said he was tracking Asal and noticed how the victim was always being followed by her. Though he stole her reports, he was not able to successfully crack her code. Jean pointed out on how they should focus on Asal, as she may be the murderer, but Jack made it clear they would not listen to misdirection's call.

In the end, Jean was found innocent of Afif's murder after the team incarcerated Zarah Salah, minister of Egyptian antiquities. However, the team needed to speak with him again after they found out the victim was a hitman, and he was targeting Jean. He said that as he was in the field of espionage, a lot of people wanted him dead, and that it was an occupational hazard. Though the last time he met Afif, he had to spend all night on the toilets after having a sip of tea. Jack remembered the same thing happened with Jawad Rashad, believing he did that so he could test the dosage to poison Jean's tea. Jean thanked the player, saying it was nice to know that The Bureau had his back.

Jean was found at the crash site of the Bureau's satellite in the Canadian wilderness, with a stab wound in his back, along with Asal who had been heavily injured. According to Grace, he sustained multiple stab wounds which caused a massive hemorrhage, the wound on the back suggested that he was attacked from behind first. Bruises found on his arms and legs indicated he fought the killer, but the injuries coupled with the blood loss finally killed him. From the injuries, it was clear that his attacker was skilled in hand-to-hand combat, meaning Jean's killer was a trained fighter.

After investigating the inside of satellite for the second time, the team found a knife with blood on it, so it was filed as the murder weapon. White fluff was found on it, and according to Lars, the fluff was from synthetic fur used for thermal clothing. This meant Jean's killer wore fur.

Jean was dating Asal Hawaa while he was on a mission to trail George Pryce and she was on an intertwined mission to retrieve SOMBRA's hard drive inside the Bureau's crashed satellite. Jean had discovered that SOMBRA's leader would be in Montreal, but Asal convinced him not to inform the Bureau. Jean then swallowed a capsule containing a film revealing El Rey's location in front of Pryce, bewildering him, shortly before leaving for the satellite with Asal where he would be killed and she severely injured. Meanwhile, MGB agent Vadim Efremov was tasked to tail Jean. Furthermore, Jean had gotten into a fight with CIA agent Forrest Hunt after Jean insulted President James Hewett.

The killer turned out to be a former MGB agent turned COSMORUS agent named Anya Ivanova.

Initially claiming innocence, Anya admitted that she hijacked the satellite to land in the wilderness and took the hard drive. She also killed Jean and tried to kill Asal because the two were after the drive. She said that she did it for SOMBRA, who appreciated her skills more than the MGB or COSMORUS ever did. Judge Adaku sentenced her to life in prison. 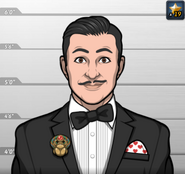 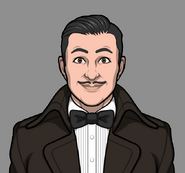 Jean, as he appeared in Operation Spyfall (Case #54 of World Edition). 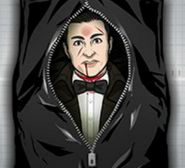 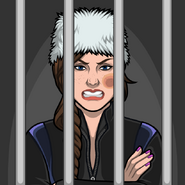 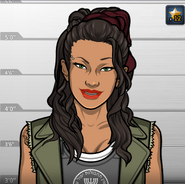 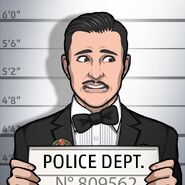 Retrieved from "https://criminalcasegame.fandom.com/wiki/Jean_Connerie?oldid=524097"
Community content is available under CC-BY-SA unless otherwise noted.