Jane Pembroke was the victim in Inglorious Justice (Case #58 of Mysteries of the Past).

Jane was a telegrapher. She had green eyes and brown hair styled in a bun. At the time of her death, she donned a cream-colored ruffled shirt, a black skirt, black shoes and a pink scarf. She also wore earrings and glasses.

Jane's murder was reported by Constable Ramirez soon after the end of the Justice Day celebrations. She was discovered with strangulation marks on her neck. Per Dick, Jane was strangled and appeared to have also fought with her killer, seeing that tussels of her hair were pulled out. It was also noted that traces of champagne were found on her neck near the strangulation bruises. Since the victim didn't drink the beverage, it was deduced that the killer drank champagne.

Jane had pledged allegiance to Mayor Lawson, spying on multiple people (including her neighbor, Martha Baker) for the Justice Corps, much to Martha's fear despite her not doing anything illegal. Jane worked in the telegraph office supervised by Will Grady, who had a crush on her which she turned down due to her marriage to Henry Pembroke. However, Henry disapproved of her employment as he wanted her to take care of him and his health. She was friends with her colleague, Minnie Starr, who was jealous of Jane promotion to lead telegraph girl as she thought of Jane as "too plain". Jane also caught Diego (who was under the guise of government clerk Eddie Lebold) stealing money from the telegraph office.

The killer turned out to be Minnie.

Upon admitting to the murder, Minnie said that it was unfair that Jane had gotten a promotion in the telegraph office and had gotten a rich husband while she had not because she was "better than her." In order to "fix the personal injustice in her life", Minnie strangled Jane with her own scarf. Judge Umbright sentenced her to life in prison. 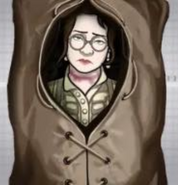 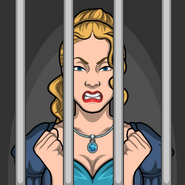 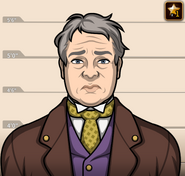 Henry Pembroke, Jane's husband,
Add a photo to this gallery

Retrieved from "https://criminalcasegame.fandom.com/wiki/Jane_Pembroke?oldid=471166"
Community content is available under CC-BY-SA unless otherwise noted.