Jade Carnegie was the victim in Apprehend Me If You're Able (Case #39 of Mysteries of the Past).

Jade was a counterfeiter who had black hair and blue eyes. At the time of her death, she donned a white dress with a black belt and black heels. She also wore a diamond necklace, matching earrings, and red lipstick.

Jade was found shot in the neck in her counterfeiting headquarters. Per Dick, she quickly bled to death after the bullet pierced her carotid artery. When the killer checked her pulse to confirm her death, they left traces of tobacco on Jade's neck. Since the victim's lungs were clean, the coroner confirmed that the killer smoked.

Jade had met Diego in Spain, teaching her his tricks in forgery. When she came to Concordia, they rekindled their romance, only for her to copy Diego's counterfeiting printing plate exactly. When Diego threatened to turn her in for counterfeiting, she pointed out that the plate had his name and that he would get blamed for it. Jade also met with Gail Harper in Madrid, but Gail learned of her criminal activity. Card shark Georgia Ward wanted to take part in Jade's counterfeit operation, but she told her to stay away from it. Upon her arrival in Concordia, Jade hired lawyer Hector Harvey to manage her business, paying him counterfeit money, which he immediately caught on. Jade had scammed her neighbor, Carlton Franklin, into giving her his retirement savings, claiming she could triple it.

The killer turned out to be Gail.

Gail quickly admitted to the crime after unsuccessfully denying the accusations. She had joined Jade's counterfeiting activities out of greed and in order to be richer. When Jade started paying others with the forged bills, Gail feared of being exposed as a criminal, prompting her to shoot Jade dead with a handgun. Judge Lawson sentenced Gail to 20 years in jail. 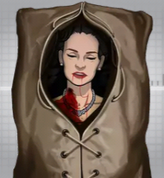 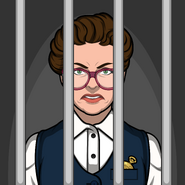 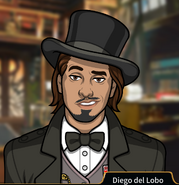 Retrieved from "https://criminalcasegame.fandom.com/wiki/Jade_Carnegie?oldid=471458"
Community content is available under CC-BY-SA unless otherwise noted.