Chief Jacob "Jake" Arrow is a main character appearing in Season 7 of Criminal Case, where he serves as the Chief of the Supernatural Hunters.

55 years of age, Jacob has brown eyes, shaggy, graying brown hair, a thick beard and a mustache. He sports a X-shaped scar on his left cheek and wrinkles across his forehead and under his eyes. He wears a maroon, buttoned-up shirt under a black overt vest with a black pistol holstered inside.

Jacob and Ben formed the Supernatural Hunters 25 years ago after a vampire killed Jacob's wife, Lily. After years of fighting alone, he was forced to recruit the team after he lost his left arm. He is rough and grizzled, and while he can be ruthless, he respects supernatural beings who live peacefully with humans. He also enjoys fishing and DIY.

In his quasi-suspect appearance in The Tree of Death, Jacob ditches his vest in place of a slate gray jacket with black fur lining and wears his holster on the outside of his jacket.

After arresting Dr Aculus' killer, Luke and the player found the recipe for the vampire elixir of invincibility (per Felix) amongst Eric's belongings. After Luke burned the recipe, he and the player updated Chief Arrow. Chief Arrow told the team that if there was even a chance that Dr Aculus had left some mention of the elixir in writing at his mansion, they needed to find it and destroy it.

After Chief Arrow took over from Luke as the player's partner, they searched Dr Aculus' bedroom to see if there was anything related to the elixir. There, they found a key with Chief Arrow's name on it. Per Hope, the key unlocked a safety deposit box at Débit Suisse. At the bank, Chief Arrow and the player found a letter from Dr Aculus addressed to the chief. The letter revealed that Dr Aculus' sources in the Southwest had informed him of a malevolent force that was sapping the life of the livestock and the land. This prompted the team to head to the Southwest.

After arresting Rainee Day's killer, Felix and the player asked Ben about Chief Arrow's foul mood, which had started ever since they arrived in Saguaro, Arizona. Ben informed them that Chief Arrow had honeymooned there with his late wife and suggested that they helped remind him of the good times.

After they found Chief Arrow's wedding cake figurine, Felix and the player brought it to him. He reminisced about his wedding being the happiest day of his life and thanked the player for restoring one of his happiest memories. He then rewarded the player.

After uncovering the identity of Fielding's killer, Felix and the player pleaded with George to release Chief Arrow. Reluctantly, he released the chief, who was caught up on Luke's possession by Abigail Riley.

After the team exorcised Riley's spirit from Luke and arrested Axel Bross for Fielding's murder, Chief Arrow and the player asked Axel how they could convince Riley to find peace. He told the team about a ring that he had gifted to her when she died, prompting Chief Arrow and the player to search for the ring. When they did, they summoned Riley and convinced her to pass over to the afterlife.

After discovering the identity of Rex Lane's killer, Chief Arrow and the player searched the Weirder Stuff film set for a lead on finding Chief Arrow's former mentor, Falcon. After finding a sequence of numbers carved into a tree, they sent them to Hope, who deduced that they were coordinates for a wooden structure.

At said structure, Chief Arrow and the player found Falcon. Falcon pointed a crossbow at the team, demanding that Chief Arrow proved his identity. After performing a fireball trick that Falcon had taught him, Chief Arrow gained his former mentor's trust, prompting them to hug. Chief Arrow then asked about demons roaming the earth and the possibility of a demon-werewolf alliance. Falcon informed the team that the demons lived in the Netherworld and drew their strength from their queen. He also revealed that demons wanted to drain Earth's life force and explained that they could only cross into their world if they were either strong enough or summoned by a human. Falcon then told the team to stay in touch with him.

After discovering the identity of Annette Strong's killer, Chief Arrow and the player asked Falcon for help in confronting Zeke. He told the team that they could use the essence of the magic tree to amplify the power of their weapons. After Ben used essence from the tree to amplify their weapons, the player discussed the plan to banish Zeke with Chief Arrow. He told the them to start their search at the viewpoint and that if they came across him, they would distract him while Ben attacked from behind.

Upon receiving Zeke's message to meet him at midnight, the team confronted Zeke. However, Zeke melted their weapons and gained the upper hand. Before Zeke could kill the team, a mystery demon appeared and banished Zeke to the Netherworld. The mystery demon turned out to be novelist Arthur Darkwood, who told the team that their minds were vulnerable to demon attacks. He then advised Chief Arrow and the player to seek out a coven of witches in the Midwest in order to gain a spell to protect their minds.

As a weapons aficionado, Jacob has the responsibility of taking care of necessary ballistic analyses, and to inform the team of such results after a certain amount of time or a speed-up process using Criminal Case Cash. His task-wait rates vary depending on the difficulty of the task, but they all cost 1 Criminal Case Cash per 30 minutes.

Below is the list of analyses Jacob performs throughout the course of the game:

As the Chief of the Supernatural Hunters, Jacob requires reports from three different "teammates" (friends who play Criminal Case and are recruited to the player's team) before he can let the player advance to the next case of Supernatural Investigations. Besides that, he notifies the player each time they level up in the season.

Also, the player may choose Jacob to join the investigation of each crime scene (in any case in Supernatural Investigations) and provide hint bonuses. He is available as a 5-hint partner. (This feature is only available in the mobile variant of Criminal Case) 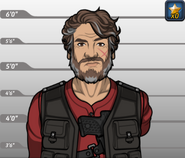 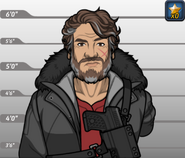 Chief Arrow, as he appeared in The Tree of Death (Case #15 of Supernatural Investigations) 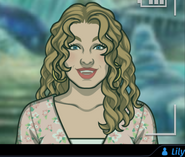 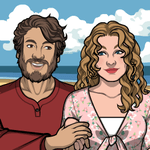 A young Chief Arrow with his late wife, Lily. 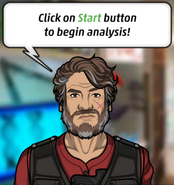 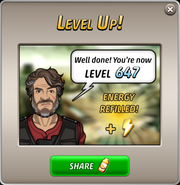 Chief Arrow will be the one notifying the player leveling up in Supernatural Investigations.

The player may choose Chief Arrow to join the investigation of each crime scene (in any Supernatural Investigations case) and provide hint bonuses.

Jacob will appear on a certain case mark in the map when a case is required to be unlocked, asking for reports from the previous case before you can move forward.
Add a photo to this gallery

Retrieved from "https://criminalcasegame.fandom.com/wiki/Jacob_Arrow?oldid=522429"
Community content is available under CC-BY-SA unless otherwise noted.