Jackson Peters was the victim in Speak, Friend, and Die (Case #34 of World Edition).

Jackson was the director of the film septology "The Ringed Lord". He had brown hair and facial hair, green eyes, and was wearing a tartan flannel shirt with a black coat and a director's cap at the time of his death.

Jackson was found on the set of his new film with severe head trauma. While autopsying his body, Angela discovered a shark tooth embedded in Jackson's scalp. Jonah jumped in saying the murder weapon could be a maripi (a Maori tool used to cut flesh). The tooth had traces of pavlova, which meant the killer ate pavlova.

On the Rotorua geyser, the team found the maripi, which was filed as the murder weapon. The maripi had a white substance that, according to Lars' analysis, came from a special sunscreen designed to protect tattoos. This proved the killer had a tattoo.

Jackson's wife, Bronwyn Peters, was the casting director for the films. Bronwyn was frustrated that despite their promises to work on it together, Jackson did not trust her and tried to control the entire project himself. In fact, Jackson had hired Ruby Armstrong as a "location consultant" to make Bronwyn jealous but proceeded to trash talk Ruby's work after discovering that she did not serve said purpose. Jackson had cast rugby player Jermaine Waaka as the main orc in the film. Along with Jermaine saying that Jackson was a pain to work with, he also wanted to leave the film for a sponsorship deal. Jackson was also making his old friend, motion capture actor Brett Darby work more hours as more and more people were leaving the film. Jackson had caught Baxter Fraser spelunking and wanted to cast him, taking photos of him and telling people about him, which scared Baxter as he was running away from SOMBRA.

The killer turned out to be Jermaine.

After denying involvement, Jermaine admitted he killed Jackson. Jackson had filmed him taking steroids and used the footage to blackmail him into staying in the movie. Afraid of losing his career as a sportsman if the footage were leaked, Jermaine bashed Jackson’s head with a maripi. Judge Adaku sentenced him to 25 years in jail. 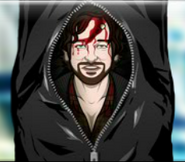 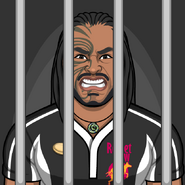 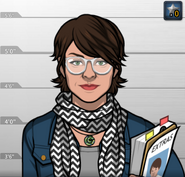 Bronwyn Peters, Jackson's wife.
Add a photo to this gallery

Retrieved from "https://criminalcasegame.fandom.com/wiki/Jackson_Peters?oldid=526167"
Community content is available under CC-BY-SA unless otherwise noted.