It All Ends Here is a case featured in Criminal Case, appearing as the fifty-first case of the game as well as the city of Grimsborough, and the final case to take place in the Maple Heights district.

In the Grimsborough election day, Chief King sent the player and Jones to the red party offices, Mayor Johnson's Party to assure the security there. After going there, they fond the dead body of Adam Bentley, a socialite they met before shot right between his eyes.

Mid investigation, the team had no choice but to add Chief King in their suspect list and in a shocking turn of events, Chief Samuel King turned out to be Adam's killer.

Upon discovery of Samuel being the killer, the player took their partner, Jones, to the Chief's office to arrest Samuel, but Jones did not understand the reason as to why, but also refused to think Samuel would kill anyone. Much to Jones' disbelief, a guilty Samuel confessed that he indeed killed Adam Bentley. Jones still refused to believe it, citing that Adam never harmed the mayor. The chief countered that it had nothing to do with him. Jones went ahead and demanded answers from his former boss, which included explaining to Judge Hall why he did it. Samuel refused to comply, telling his team to find their own answers as he pointed a gun at his head. Jones told Samuel not to commit suicide as punishment for Adam's murder, but Samuel felt that he had no choice. In his last words, the disgraced chief told the team that working with them had been an honor, before shooting himself to death in a tragic outcome.

In the case's finale, Stuart Huckabee, a man who was known as the Chief's friend in his youth told the team (inside the police station) to go to the natural harbor and grab digging tools in order to seek the truth behind the murders happening in Grimsborough. Thus, the team proceeded to the Airport district to investigate the natural harbor and eventually find out as to why Samuel committed suicide to avoid indictment, and it would also take the team some investigation before they find the reasons for Adam being murdered.

Alden Greene
Add a photo to this gallery 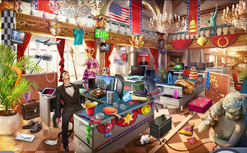 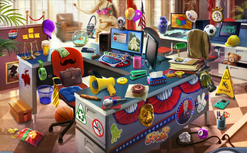 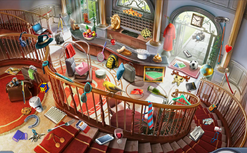 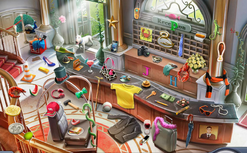 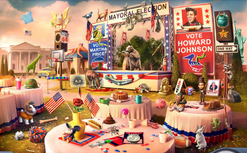 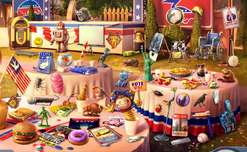 Guest Tables
Add a photo to this gallery

Retrieved from "https://criminalcasegame.fandom.com/wiki/It_All_Ends_Here?oldid=499482"
Community content is available under CC-BY-SA unless otherwise noted.