Criminal Case Wiki
Register
Don't have an account?
Sign In
Advertisement
in: Cases, Cases in Pacific Bay, The Wastes

Amy Young
Into the Wastes is a case featured in Criminal Case, appearing as the one-hundred thirteenth case of the game. It is the fifty-seventh case of Pacific Bay and the first to take place in The Wastes.

Previously, Amy and the player pieced together that cop-turned-criminal Frank and his wife and mastermind of the Mennagio Casino theft, Karen Knight escaped to The Wastes. Due to the intense radiation they would be exposed to, Amy and the player were disallowed to return to the station until the chase was over. They were provided with a specialized police van and Pearphones for Amy and the player to communicate with the Pacific Bay Police Department when needed. Upon entering however, they found David Rosenberg dead in a puddle of nuclear waste.

During the investigation, the reception in The Wastes made communication via Pearphones very unclear and choppy. Furthermore, it was revealed that Meteor Systems had hired David, Jess Prakti, and previously arrested Trevor Neuman to continue the research of a long-dead scientist named Albert Tesla. After some time, the team found Jess guilty of David's murder.

After trying to pass off David's death as an accident, Jess admitted to the crime. She said that when they read David's mind with a machine they built, she found out that David wanted to kill the scientists to stop the experiments. Not wanting the project to be jeopardized, Jess knocked David out in the entrance to The Wastes and then threw him into the puddle of nuclear waste. Jess also refused to tell the team where Karen was so she was sent to court, where she tried to plead self-defense but was sentenced by Judge Dante to 30 years in prison.

Post-trial, Hannah was able to improve the reception for the Pearphones. The team went on to question Allen Muir (who was revealed to be the son of Albert Tesla). Allen believed that his father was the root of Pacific Bay's high crime rates since 1961, the year he disappeared. Searching the lab, Amy and the player found a film reel that showed Tesla was trying to upload his brain into a supercomputer. Meanwhile, Yann tested Amy and the player's blood to see their blood radiation levels. He found that they had to be healed from the radiation within three days or they would die.

After all these revelations, the two were able to find a satellite view of a secret base belonging to Meteor Systems. Being shown directions by General Freeman (who had been hired as a bodyguard after losing his job in the military due to the events of Rhine Canyon), the two went to the base. There, they were held at gunpoint by Karen and were taken prisoner for Meteor Systems. 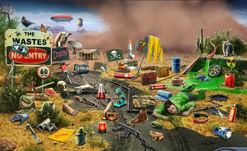 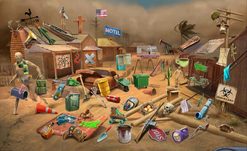 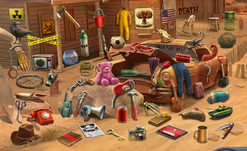 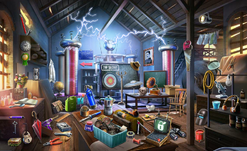 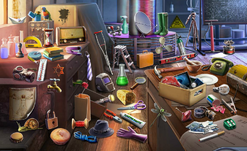