Deep cut in the chest

Jaubert was the 45-year-old head of the Justice Corps. He had short brown hair and a beard. He donned a navy blue cap with the Justice Corps insignia, a matching uniform with gold buttons and a silver medallion depicting the scales of justice, and white gloves. He was also seen holding a black police baton.

According to his first suspect appearance, Jaubert smoked, read The New Truth and took a sleeping draught.

As discovered in his second suspect appearance, he drank Château Piquette and read Victor Hugo.

Inspector Jaubert became a suspect when he arrived at the crime scene and questioned Maddie and the player about the murder. Upon being informed that the victim was Judge Takakura, he informed them that the victim's dedication to justice was a veritable asset to Mayor Lawson's regime. He then left to inform Lawson of the murder and assured the two that he would keep a very close eye on the investigation.

Jaubert was spoken to again after Maddie and the player discovered that the victim had been taken into questioning by the Justice Corps. Jaubert told them that the victim was suspected of conspiring against Lawson, but despite interrogating him, he couldn't get Takakura to crack. When Maddie insinuated that he murdered the victim as he couldn't charge him, he berated the player for being ridiculous.

In the end, Jaubert was found to be innocent after the team incarcerated Florence Samuels for Takakura's murder.

After arresting Dylan Mitvok's killer, Inspector Jaubert showed up at the Flying Squad's airship, demanding that they give the Justice Corps information on the resistance. Despite Isaac's attempts at reassuring him, he demanded that he should see their report by the end of the day or he would have the Squad disbanded.

Some time later, Jaubert returned to the airship in order to discuss their report. Initially thinking that they had not prepared a report, Evie gave the player a report. However, Jaubert found the report to be useless as it hardly mentioned the resistance, to which Maddie argued that they never said that they had any valuable information. Irritated, he left the airship and told the player to keep looking for the resistance.

Jaubert was spoken to again regarding a police ticket he issued to the victim with a threatening message. He told them that the victim refused to acknowledge his newfound power and took great pleasure in mocking him. He said that she needed to be reminded of her place.

Jaubert was found innocent again after the team incarcerated Adelia Baldwin for Albertina's murder. But was later spoken to again about the Justice Corps capturing Katherine Woolf. He confirmed that she was in prison, having caught her distributing flyers for the resistance. He then told them that he was going to the Crystal Palace, having heard that there were other rebels there. Knowing that he would find Enzo Jonas, a member of the resistance, Maddie and the player headed there to warn him that Jaubert was on his way.

Jaubert was found at the town square in the guillotine. According to Dick, despite the blade not going completely through his body, the guillotine was the primary cause of death, meaning that it was the murder weapon. In addition, there were plenty of bruises on his neck and chest, indicating a struggle between Jaubert and the killer. From this, it became clear that the killer knew self-defense.

Judge Umbright had a crush on Jaubert, but he spurned her, saying that he was only married to justice. Jaubert rightfully suspected Lady Highmore of harboring resistance members, sending his goons to interrogate her and investigating her manor regularly, which she felt insulted by. Jaubert had launched a smear campaign against Giulietta Capecchi in The New Truth as he did not believe that a mobster's daughter was not a criminal. Instead of retaliating however, Giulietta started the resistance. Resistance member Enzo Jonas was spying on Jaubert to gain the tactical upper hand. Jaubert mentored fellow Corps member Officer Smythe although Jaubert frequently abused him and made him feel inadequate.

The killer turned out to be Giulietta.

Upon admitting to the murder, Giulietta said it was an accident. She said that she and Enzo were preparing to execute the plan at the town square when Jaubert spotted them. She and Jaubert then fought before she shoved him into the guillotine. When the rope slipped, the blade came down and killed Jaubert. Enzo then helped Giulietta escape and Giulietta covered her tracks so she would not be sentenced to death for the accident. While Isaac and the player were considering what to do with her, they were informed that most of their colleagues in the Squad were arrested. Needing to attend to the urgent matter, they told Giulietta and Enzo to run before anyone caught them and that they would be attended to once they resolved the matter. 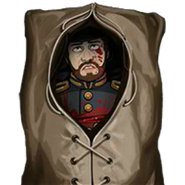 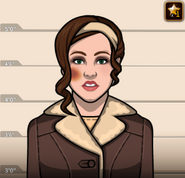 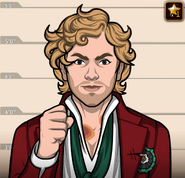 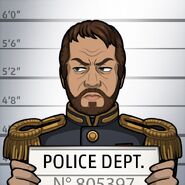 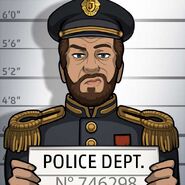 Retrieved from "https://criminalcasegame.fandom.com/wiki/Inspector_Jaubert?oldid=527713"
Community content is available under CC-BY-SA unless otherwise noted.