Jack Archer (All Chapters)
Carmen Martinez (1 task in Chapter 3 & A New Light 6)
Insides Out is a case featured in Criminal Case as the one-hundred and thirty-ninth case of the game. It is the twenty-fourth case of the game's World Edition (Season 3) and the final one to take place in South Asia.

Elliot had tracked down Averly Worthington to a Tibetan village square so the Bureau could use her location to confront Om Padmasana on his ties to SOMBRA. Jack and the player went there, only to find tuk-tuk driver Sandeep Sadhra disemboweled.

Mid-investigation, Elliot hacked into the SOMBRA satellite and found yogini Averly Worthington's location. Soon after, Carmen informed the team that street kid Sanjay Korrapati was buried alive in an avalanche. After the successful rescue, Jack and the player continued the investigation to find enough evidence to incriminate NGO worker Warren Goodfellow for Sandeep's murder.

Initially insisting he was a good man, Warren admitted to killing Sandeep to trick the Bureau into imprisoning Padmasana. He also admitted that Padmasana was not behind O.M. MediLab. After Warren refused to tell the cops the real person behind the medical firm, Chief Ripley decided to postpone his trial in order to seek the truth.

Jack and the player found Sandeep's laptop in the resort lobby, which they sent to Elliot for analysis. Elliot showed them one of Sandeep's videos. The video revealed that Sandeep had found out that it was Warren who established One Mother Milk and was donating to the fake charity via Rising Hope's funds. Upon interrogation, Warren revealed that he was framing the guru under SOMBRA's orders. Jack and the player then went to the village square where they found a letter from China addressed to Warren, telling him to divert the Bureau's attention to Padmasana and to eliminate Sandeep. It was signed by "The Head Hunter".

Carmen and the player apologized to the guru by helping him retrieve his stolen donations. Elliot analyzed a transfer document the two cops found in Padmasana's cave sanctuary. He said that the secrecy of the Royal Bank of Luxembourg, through which Padmasana's donations were going, was why O.M. MediLab's transactions were so hard to trail. Using the document, Elliot was able to retrieve money from the most recent transactions and suspend the One Mother Milk account. Angela was able to redirect some of the retrieved money to a new charity for adopted children that she and Lars established.

In the trial, Warren told Judge Adaku that he was sick of working for Rising Hope and that SOMBRA's promise of unlimited resources and complete control drove him to work for the crime organization. Judge Adaku sentenced Warren to life in prison for the murder of Sandeep, the fraudulent misappropriation of funds, and the concealment of information regarding SOMBRA.

After the trial, Lars said that he was able to find traces of the Camellia reticulata flower in the letter. Because of the flower being endemic only in the Chinese province of Yunnan, the Bureau got out of Tibet to find Warren's SOMBRA contact. 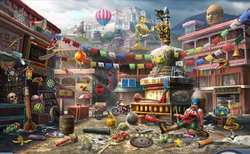 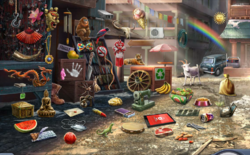 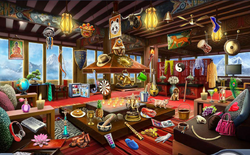 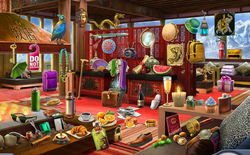 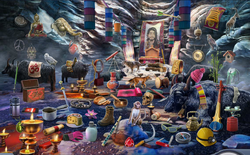 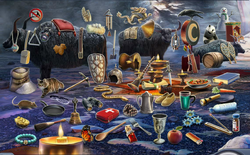