Isaac Bontemps (All Chapters)
Arthur Wright & Maddie O'Malley (Final Judgment 4)
Charles Dupont (2 tasks in Final Judgment 4)
Inglorious Justice is a case featured in Criminal Case as the fifty-eighth case of Mysteries of the Past (Season 4) and the two-hundred twenty-ninth case overall. It takes place in the Capitol Peak district of Concordia.

During the investigation, the team talked to Henry Pembroke, Jane's husband, after hearing that he suffered from an apoplexy upon hearing of Jane's death. Not too long after, the team stumbled upon Diego (under the disguise of Eddie Lebold) and flagged him as a suspect. Afterwards, Mayor Lawson suspended freedom of assembly because the party led to a murder. The team eventually arrested the victim's colleague, Minnie Starr, for the murder.

Upon admitting to the murder, Minnie said that it was unfair that Jane had gotten a promotion in the telegraph office and had gotten a rich husband while she had not because she was "better than her". In order to "fix the personal injustice in her life", Minnie strangled Jane with her own scarf. Judge Umbright sentenced her to life in prison.

Post-trial, Chief Wright told the player that Bernadine Rochester sent him a telegram asking him to cut off all contact with her. Meanwhile, Charlie said he needed a converter that was at the telegraph office to establish a secure telephone line with the resistance so the team could contact them without being caught. Chief Wright, Charlie, and the player then went to the office and found both Bernadine's earring and a box of electronics equipment.

Per Viola, Bernadine's earring proved that she was in the forest. They rushed to the forest and found Bernadine, pale and famished, who said that she escaped to the forest to escape the eyes of the Justice Corps. She then contemplated surrendering voluntarily to the Corps, but Chief Wright stopped her, knowing of Lawson's plans to execute his political enemies. He then promised her to ensure that she would be safe.

Meanwhile, Charlie established the telephone line to the resistance with the converter the player found. With the phone line, Giulietta Capecchi told the team that she was waiting for them in the sewers. In the sewers, Giulietta said that the resistance had people and weapons, but needed intelligence about the mass execution to occur in two days' time. The player and Maddie then went to the town square and found the execution plan detailing the timing and the positions of the guards and authorities, which they showed to Giulietta, who devised a plan which guaranteed that Lawson would be arrested and that the political prisoners would be freed without bloodshed.

After all the events, the team prepared to stop the mass execution and bring down Lawson once and for all.

Bernadine Rochester
Add a photo to this gallery 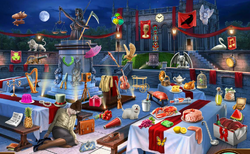 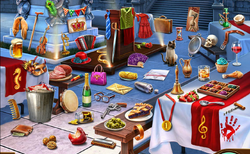 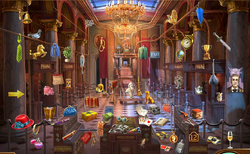 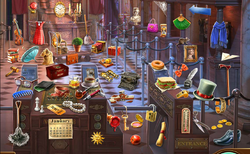 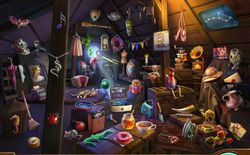 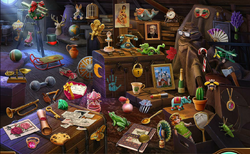 Attic Jumble
Add a photo to this gallery

Retrieved from "https://criminalcasegame.fandom.com/wiki/Inglorious_Justice?oldid=547201"
Community content is available under CC-BY-SA unless otherwise noted.