Maddie O'Malley (All Chapters)
Justin Lawson (A New Beginning 6)
In the Name of the Father is a case featured in Criminal Case as the sixth case of Mysteries of the Past (Season 4) and the one-hundred seventy-seventh case overall. It is the final case to take place in the New Haven district of Concordia.

Maddie and the player went to the train station upon Evie's advice, only to find Father Donovan sliced in half, apparently run over by the train. However, the team noticed a bullet wound in Donovan's body and was able to conclude that it was murder.

During the investigation, the team found out that a revolver used in a previous murder was used. Later, Viola deduced that the killer had visited the barber shop. Further on, the player faced arrest from Commissioner Talmadge Baldwin for insubordination; however, Chief Wright agreed to negotiate more hours for them before they were to drop the case. The team eventually unmasked the police's evidence clerk, Edward Whimple, as the killer.

The duo caught Officer Whimple trying to flee in the train station. After admitting to the murder, Officer Whimple admitted that he sold Irish immigrants to wealthy people in need of cheap labor. However, Father Donovan found out about the scheme, so Whimple shot him to silence him. In court, it was discovered that Whimple was the one who paid Rowdy Rick to threaten John Koll to burn the evidence room. As a result, Judge Takakura sentenced Whimple to life in jail.

After the trial, Commissioner Baldwin dropped the charges and Chief Wright resolved to get the Squad its own evidence storage room. Later, the police demanded a full report regarding Whimple's scheme, so Maddie and the player talked to him in jail, where he spilled that Oscar Trefusis was one of his contacts. District Attorney Justin Lawson and the player talked to Trefusis, who denied the accusations and said that he left his wallet in the barber shop, which the two promptly found. The two found a checkbook inside, which, according to Evie, proved that Trefusis paid Whimple. Trefusis was then fined for his involvement in the scheme.

Meanwhile, Maddie and the player swept the train station to find anything Whimple may have dropped during his escape attempt. There, they found Whimple's empty bag with fingerprints which belonged to Seamus O'Neill per Evie's analysis. Seamus confessed to stealing a safe box containing Whimple's money. The cops then found the money in the immigrant tenement.

After the events, Maddie and the player gave Seamus the money to start an immigration aid fund to be named in Donovan's memory. The cops then filed the report to Commissioner Baldwin. He and Chief Wright then informed the player that the team had been invited to a party held by the elite.

Vinnie Costa
Add a photo to this gallery

Oscar Trefusis
Add a photo to this gallery 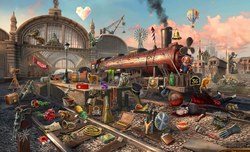 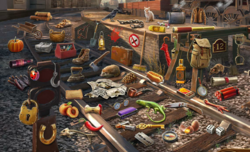 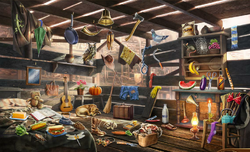 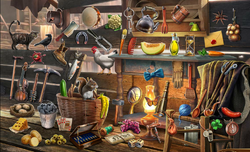 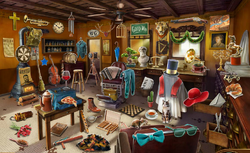 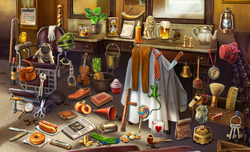 Barber's Chairs
Add a photo to this gallery

Retrieved from "https://criminalcasegame.fandom.com/wiki/In_the_Name_of_the_Father?oldid=543545"
Community content is available under CC-BY-SA unless otherwise noted.