In the Line of Fire is a case featured in Criminal Case as the third case of Mysteries of the Past (Season 4) and the one-hundred seventy-fourth case overall. It takes place in the New Haven district of Concordia.

During the investigation, Commissioner Baldwin of the Concordian Police Department said he would take Otis' killer to justice dead or alive. Later on, Billy broke into the Commissioner's house and started a scandal with his daughter Adelia. The team found enough evidence to arrest Billy for the murder.

Billy initially denied involvement but soon admitted to the crime. He had saved Otis from ruin by loaning him money and getting him a job at the fire brigade. When Otis started dating Adelia, he turned his back on Billy, often disparaging him and spending his money to buy gifts for Adelia. When Otis disparaged him again while working at the police station, Billy shot him in the back with a revolver he had previously stolen and placed his body in the flames. Judge Takakura sentenced him to life in jail.

Post-trial, Maddie and the player collaborated with Rose to find the fire's origins. Meanwhile, District Attorney Justin Lawson requested to talk to the team.

Rose and the player pulled some fingerprints from the gas canister they had found previously. With the help of Commissioner Baldwin (who had been gathering the recently discovered fingerprints to create a central database) and his precinct ID book, they found out that the fingerprints belonged to a rookie cop called John Koll. During his arrest, Koll admitted that he had accidentally started the fire when he flipped over the barrel he was burning some evidence in. Upon further interrogation, he admitted that someone had forced him to burn the evidence by threatening his family.

Meanwhile, Justin requested Maddie and the player's help to clean Father Donovan's name after he had gone under some scrutiny regarding his dedication to the immigrants cause. At the police station, they found a Madam Xiang's brothel flyer with Donovan's name and a code. Per Evie, the code referred to debts. Xiang told the team that Donovan frequented her brothel and tried to convince her employees to pay their debts with the society and get honest employment. The team reckoned that Donovan was placing the immigrants in underpaid positions.

As Chief Wright commented that Koll's accidental fire was the origin of the citywide fire, the team prepared to dig deeper into Father Donovan's businesses.

Adelia Baldwin
Add a photo to this gallery

John Koll
Add a photo to this gallery 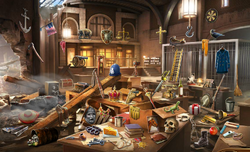 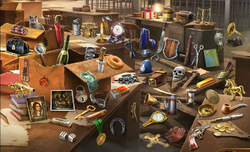 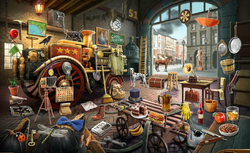 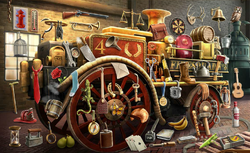 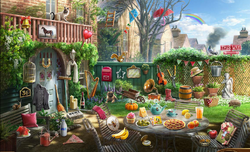 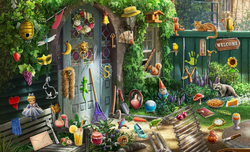 Terrace Doorway
Add a photo to this gallery

Retrieved from "https://criminalcasegame.fandom.com/wiki/In_the_Line_of_Fire?oldid=513514"
Community content is available under CC-BY-SA unless otherwise noted.