Michelle Zuria (Chapters 1‒3)
Lars Douglas, Carmen Martinez & Sanjay Korrapati (The Enemy Within 6)
In Plain Sight is a case featured in Criminal Case as the one-hundred fifty-seventh case of the game. It is the forty-second case of the game's World Edition (Season 3) and the final one to take place in Africa.

Previously, Carmen told Michelle Zuria and the player that Lavinia De Brills had been murdered before they could talk to her about the SOMBRA mole in the Bureau. Ingrid promoted Michelle so she could officially assist the player in the investigation. The two then went to Lavinia's jail cell, where they found her shot in the head.

Near the start, Carmen (whose Bureau ID was found at the crime scene), Elliot (who had disabled the CCTV camera in the crime scene), and Jack (whose gun was used to kill Lavinia) were flagged as suspects. Later, Ingrid sent Michelle and the player to Nigeria to investigate Lavinia's hotel room.

After that, Angela (whose wedding ring was found in Lavinia's room in Nigeria) and Chief Ripley (who had deposited a large sum of money in a Mazundan bank) became suspects as well. Due to Elliot's unavailability, Ingrid also handled an analysis.

Later, Carmen made a call from the hotel room, implying that she was going to escape because she was the mole. However, this was proven to be done under duress since Aristide Akintola (a killer arrested previously) was holding her hostage when Jonah, Michelle, and the player found her. Jonah was able to shoot Aristide dead before he could harm Carmen. To Lars' horror, Angela was proven to be Lavinia's killer and the SOMBRA spy.

Angela tried denying but later admitted to her crimes. She said that she was going to get killed by SOMBRA as they thought she was too loyal to the Bureau. To prove herself, she had hired Lavinia to arrange the diamond smuggling operation. After Lavinia's arrest, Angela killed her in her prison cell with Jack's gun so the heiress could not expose Angela as the mole. Judge Adaku sentenced her to life in prison for murder, conspiracy, and corruption.

After the trial, Lars and the player interrogated Angela in prison. She said that SOMBRA had taken care of her since her parents had died when she was 8. To thank them for their loyalty prior to the case, she revealed she had noticed that the recruits had microchips inside when she had autopsied them, and that she had kept one for herself to hide it in the hotel room in Nigeria, where Lars and the player found it. Elliot then used the microchip to locate and save SOMBRA's dormant assassins in Africa.

Meanwhile, Chief Ripley asked the player's help to find a new coroner. Carmen, Sanjay Korrapati, and the player found the chief's handbag in the break room. Inside, they found a résumé belonging to Grace Delaney, previously of the Grimsborough Police Department. After Lars requested a break due to recent events, Ripley said they were going to Antarctica to hire Grace, who was now employed in a research base there. 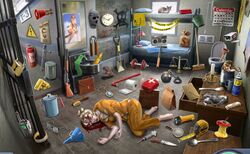 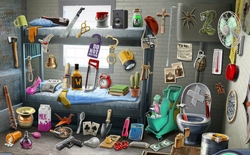 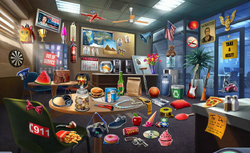 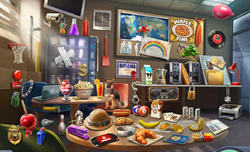 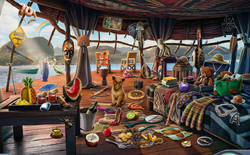 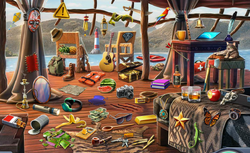