In Cold Blood is a case featured in Criminal Case as the thirty-fifth case of The Conspiracy (Season 5) and the two-hundred sixty-sixth case overall. It takes place in the Misty Grove district of Grimsborough.

Gloria and the player chased Zoe Kusama's lead regarding DreamLife's human experimentation to Lab 88-B, where they found dome botanist Wendy Stokes frozen to death.

Mid-investigation, Amir traced the killer's climbing chalk to a climbing wall in the dome's outdoor gym. Later, the team caught Jones sneaking into the dome and told him to leave. They then found enough evidence to arrest Wendy's intern, Rosie Summers, for the murder.

Upon admitting to the crime, Rosie told the team she applied for the new job opening DreamLife had offered, fearing the loss of her job in DreamLife due to Wendy's departure. She was then told to go to Lab 88-B for the interview, where some masked scientists offered her iced tea. Promptly passing out after drinking the tea, she woke up, only to find a nitrogen gun thrust in her hand and told by the scientists to kill Wendy. Rosie then complied without any resistance, claiming that she had felt that "shooting someone felt like the most normal thing in the world", but immediately regretted her actions afterward. Judge Powell then asked the team to find more evidence of the extent of Rosie's criminal responsibility before her trial was held.

Post-trial, Amir told Gloria and the player that there were sedatives in Rosie's iced tea and that he needed a sample of Protozane to verify its presence in the drink. They then found a sample in the experiment room, which Amir used to conclude that Rosie had been administered the drug before the murder. They then talked to nurse Herman Jeffries, who admitted that he was tasked to administer Protozane to the test subjects and to ensure their vitals did not crash. He then said that he did not know how the drug acted as he was never allowed to stay in the room. He also told the team that the scientists kept brain scans of the test subjects in an SD card shortly before they arrested him.

The team found the SD card in the experiment room, which (per Cathy and Martine) detailed how the drug trials were linked to Zoe's amnesia, how Zoe's fellow test subjects had died from the trials, how Rosie's brain did not show any damage, and how the drug temporarily suppressed Rosie's emotions and made her docile, explaining the calmness she felt during the murder. After discovering from the SD card that Dr Shweta Noorani was the head of the Protozane trials, they went to arrest her. During the arrest, Shweta admitted that DreamLife wanted Wendy dead after discovering her plans to leave the dome. She also said that there was an awaiting shipment of the drugs, and that the drug had no antidote.

After all the events, Amir told the team that the effects of the drug depended on the dose, meaning that DreamLife had the ability to control any drug taker's actions for any amount of time. They then rushed to Judge Powell, who told the team that Rosie was to undergo a rehabilitation program instead of a prison sentence. She also authorized the team to search the dome, seize the drugs, and arrest Rozetta Pierre. The cops then alerted Tony Marconi and his Hawk Eye Security employees to surround and secure the dome. Gloria and the player then prepared to go to the dome to arrest Rozetta.

Jenna McFry
Add a photo to this gallery

Judge Powell
Add a photo to this gallery 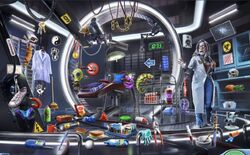 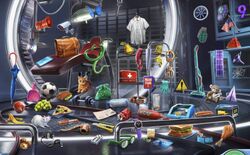 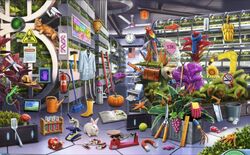 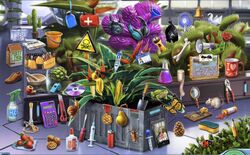 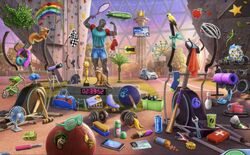 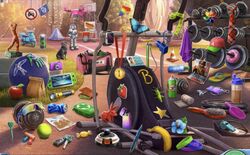 Gym Equipment
Add a photo to this gallery

Start a Discussion Discussions about In Cold Blood