Immortal Combat is a case featured in Criminal Case as the fifth case of Supernatural Investigations (Season 7) and the three-hundred twenty-seventh case overall. It is the final case to take place in the West.

Gwen and the player went to Dr Aculus' mansion to pinpoint the vampire concocting the invincibility elixir, only to find the vampire leader beheaded.

Mid-investigation, Bathsheba attacked and bit Gwen in the neck: while she was not turned into a vampire, Ben required her to rest and recuperate, prompting Luke to take over as the player's partner. Later, Hope and Priya found Dr Aculus' head thanks to the latter's werewolf senses. The team then had enough evidence to find vampire Eric Zwart guilty of the murder.

Eric told the team that he started making the invincibility elixir partly to prove his worth as a vampire to Dr Aculus, who had always underestimated him due to his age. When Dr Aculus learned of Eric's plans, he tried to get him to stop. Eric then beheaded Aculus so he could continue on with his plans. After Eric took the elixir in front of the team, Luke pierced the rogue vampire's heart with a stake dipped in Mina Reynolds' blood, reducing him to ashes.

After confronting Eric, the team talked to Roxanne Vega (now head of the vampire coven) about the location of the recipe for the elixir. Luke and the player were then able to dig up a box containing the recipe in the mansion driveway. The team destroyed the recipe and reported their progress to Chief Arrow, who decided to accompany the player in going to Dr Aculus' bedroom to see if he had mentioned the elixir even once in writing. They instead found a key, which (per Hope) unlocked a safety deposit box. At the bank, the team recovered Dr Aculus' letter to Chief Arrow telling him that one of his sources from the Southwest had informed him that a "malevolent force" was sapping the life force of both the livestock and the land itself, tainting the bodies it leaves behind with sulfur.

Meanwhile, Pierce Cromwell invited Gwen to dance with him to make up for Bathsheba biting her, only to end up almost biting Gwen himself while dancing. With Gwen and Pierce officially breaking their relationship off, Chief Arrow decided to follow Dr Aculus' lead into the Southwest.

Roxanne Vega
Add a photo to this gallery 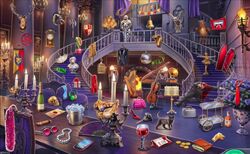 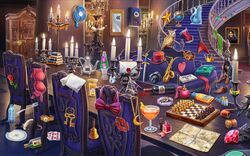 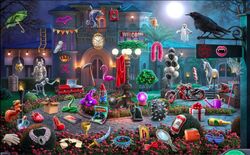 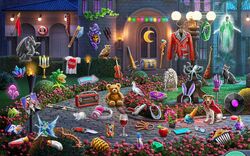 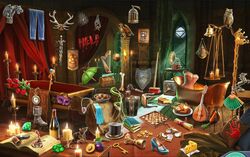 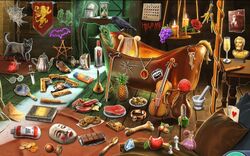 Bathtub
Add a photo to this gallery