Jack Archer (All Chapters)
Marina Romanova (1 task in Chapter 3)
Michelle Zuria (Birth of Evil 1)
Ice Rage is a case featured in Criminal Case as the one-hundred fifty-eighth case of the game. It is the forty-third case of the game's World Edition (Season 3) and the first to take place in South America.

With the need of a new coroner after Angela's arrest, the Bureau (sans Lars) headed to Antarctica to locate Grace Delaney and convince her to work with them. After the team met Grace, archaeologist Ernest Emerson reported an attack outside the station. Jack and the player investigated the vicinity and found the body of activist Julia Lloyd, who had been stabbed multiple times.

Grace confirmed the killer was a human being, thus discarding Ernest's initial theory of a prehistoric animal attack. Later, a blackout struck the station and a snowstorm alert prompted the team to hurry the investigation. The team was able to incriminate the station manager Blair Carpenter as Julia's killer.

During his arrest, Blair suffered a case of dissociative amnesia, according to Marina. After he recovered (with the help of Marina), he admitted to the crime. Blair felt alone while working at the station and thought that he and Julia were made for each other, so he could not stand when Julia rejected him. Moved by rage, he split an oar in half, hit Julia in the head with it and then stabbed her with the sharp end. As Blair could not be tried due to his mental state, Marina kept him in custody and suggested psychological treatment for him.

Post-trial, Michelle and the player investigated outside the station for proof about SOMBRA's expeditions in Antarctica. They found a computer terminal which (per Elliot and Michelle) contained information about SOMBRA's expeditions led by a deceased agent called Eduardo Ruiz around the year 1970. Michelle and the player interrogated Ernest about Eduardo.

Ernest remembered that Eduardo had gone to Antarctica around the year 1950, twenty years before the electronic database's records. The team went to the penguin research center for some printed files that Ernest mentioned. One of them was a newspaper article which mentioned that the Argentinian government had cancelled one of SOMBRA's expeditions, forcing them to return to the country.

Meanwhile, as communication in the station was compromised by the snowstorm, Jack and the player requested Kane Glazebrook's help to contact the mainland and be able to exit Antarctica. Kane directed them to the shipwreck for a radio transmitter, which they found. Elliot used it to contact a rescue helicopter. With Grace then officially hired, the Bureau then headed to Argentina to investigate SOMBRA's origins. 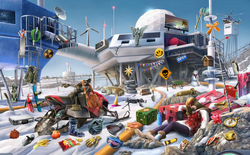 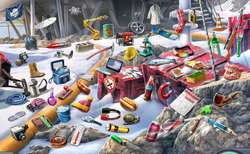 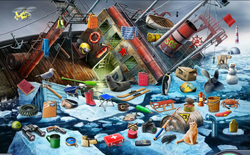 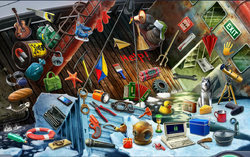 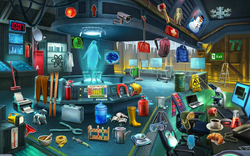 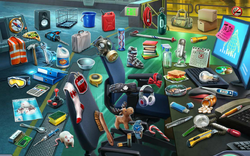