David Jones (All Chapters)
Gloria Hayes (The Moment of Truth 5)

I Lost My Heart in Xerda is a case featured in Criminal Case as the twenty-third case of The Conspiracy (Season 5) and the two-hundred fifty-fourth case overall. It takes place in the Old Town district of Grimsborough.

Upon archaeologist Bruno Camper's reports of a body there, Jones and the player rushed to a Xerdan sacrificial chamber and collected the body of Kayla Markham, whose heart was cut out.

Mid-investigation, Cathy told the team that Kayla was a tomb robber who sold stolen artifacts to local antique shops. Later, Chief Parker fought with her husband Ray after finding out he knew that the victim was a tomb robber. The team eventually found enough evidence to incriminate Bruno.

Upon admitting to the murder, Bruno said that Kayla was his ex-wife, who he met in an archaeological dig in Egypt. Three months after they were married, Kayla left with some stolen artifacts from the dig. Bruno was then kicked off the project because the bosses assumed he was in on the theft. After seeing Kayla once again outside the sacrificial chamber, he cut her heart out with a knife much as the Xerdans did with traitors. Judge Powell sentenced Bruno to life in prison.

Post-trial, Gabriel told Gloria and the player that he needed to get bitten by a bug whose venom caused hallucinations during Steven Crowe's announcement of The Higher Truth's big plan. The team then found the bugs outside the Xerdan temple, which Rupert used to devise an antidote to the hallucinations, finding out that the bug venom also induced fearlessness. After giving Gabriel the antidote, they went to the chamber and installed a camera in a skull so they could watch Steven give his big announcement.

Meanwhile, Jones told Gloria and the player that he lost Zoe Kusama after she had stormed out of the antique store. Jones and the player retraced her steps and found her handbag and tablet. Per Cathy, Zoe was compiling research notes on Tony Marconi and said that she was ready to confront him. After the team took Zoe home after finding her confronting Marconi, she said she regained a memory of her being strapped to a chair surrounded by people in lab coats. She then went to Marconi, figuring out he had the answers as he was the only person she could remember, but he seemed to genuinely not know anything of the affair.

After the events, the team watched Steven's announcement, where he said that the cult would drink poisonous tea in two days so they could "shed their earthly bodies" and have their souls ascend to The Higher Truth, as the "divine messenger" required. The team then resolved to go to Steven to arrest him for inciting suicide.

Hazel Galloway
Add a photo to this gallery 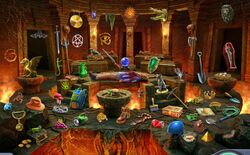 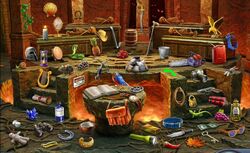 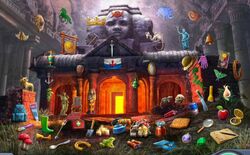 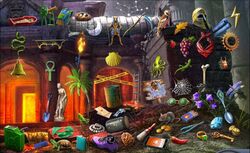 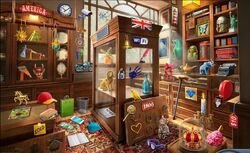 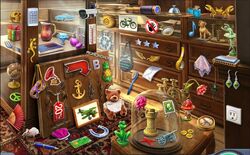 Antique Store Shelves
Add a photo to this gallery

Start a Discussion Discussions about I Lost My Heart in Xerda