Howard Pickley was a suspect in the murder investigation of his wife, roller derby captain Susie Pickley, in Dead Girl Rolling (Case #4 of Pacific Bay).

Howard is a 30-year-old ordinary male citizen with brown hair. He wears a blue tartan dress shirt and grey eyeglasses. It is known that Howard plays the guitar.

Howard is Barbara Pickley's son and the deceased Susie's husband.

Howard was called into the investigation when Amy and the player found his fan card in the skating rink and was witnessed by the team to shed tears of Susie's demise. Howard was not prepared for the single life due to Susie's death but how Howard and Susie wedded prior to this case was they were high school sweethearts (when Susie was very shy). Howard told the team Susie loved gardening but even though Howard must put up with Susie's roller derby life, Howard was supportive of her.

Howard was approached at Susie's garden for his second talk with the police when Amy and the player found a roller derby scrapbook (in which Amy thought the pictures were explicit) which none of them were of Susie. Howard told the team that Susie's roller derby life was causing marital problems for the couple, that Howard had to take those pictures, but tore the scrapbook apart since he felt bad about taking those pics. Due to men ogling at women at roller derby, Howard told the team Susie did not seem to care about Howard's situation since her conversion to roller derby life.

Howard was found innocent when his mother was indicted for Susie's premeditated murder. Howard made a strong resolve not to ogle at roller derby girls again, and to look down on his mother after what she done. 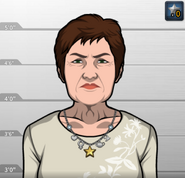 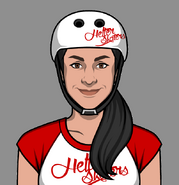 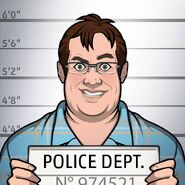 Retrieved from "https://criminalcasegame.fandom.com/wiki/Howard_Pickley?oldid=408394"
Community content is available under CC-BY-SA unless otherwise noted.