How the East Was Won is a case featured in Criminal Case as the thirtieth case of Mysteries of the Past (Season 4) and the two-hundred first case overall. It is the final case to take place in the Coyote Gorge district of Concordia.

Isaac and the player went to Vittorio Capecchi's hacienda after one of his goons said the coordinates. They found Vittorio dead in his private chapel, a cactus in his mouth.

During the investigation, Giulietta Capecchi helped the team sneak in Vittorio's hacienda. Later, security guard Marvin Ferrari caught Seamus O'Neill trying to sneak in the hacienda. The team was later able to incriminate Seamus as the killer.

Initially denying involvement, Seamus admitted to the murder. He said that he went to the hacienda to take Giulietta to elope, but encountered Vittorio in the garden, who was going home from a police encounter. Vittorio then started fighting Seamus, so Seamus broke off a cactus and shoved it in his mouth in self-defense, choking him with his own blood. He then dragged Vittorio to the chapel to hide the body from Giulietta. Judge Lawson sentenced him to 10 years in prison.

Isaac and the player went to the hacienda to find evidence of the Italians' unlawful evictions. They found a bust with "Mark 9:29" engraved on it, which (per Adrienna Brassiere) was the code to Vittorio's safe in the chapel. They found the safe and retrieved deeds of sale between Vittorio and Coyote Gorge residents, which (per Diego del Lobo) were forgeries used by the gang to trick the Railroad Company into thinking they were legal transactions. They went to inform Judge Lawson, who accepted them as evidence and guaranteed there would be recompensation of land and rerouting of the railway.

Meanwhile, Seamus asked Maddie and the player to ask Giulietta to talk with him. They went to the garden, where they found a suitcase with Giulietta's letter telling Seamus that she and Franca Capecchi were leaving Coyote Gorge to "turn the river crimson with Irish blood". After talking with Marvin, the team figured out that they were leaving to Crimson Banks, a commercial center with a coexisting Irish and Italian community. Maddie then informed Seamus of Giulietta's departure.

After Chief Wright welcomed Diego as an official member of the Concordian Flying Squad, the team went to Crimson Banks to stop the spread of the gang war.

Franca Capecchi
Add a photo to this gallery

Judge Justin Lawson
Add a photo to this gallery 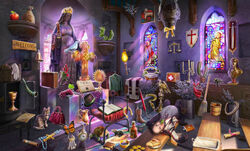 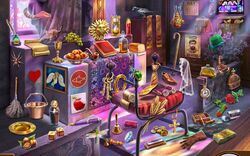 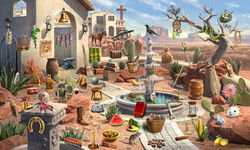 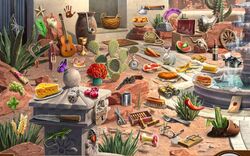 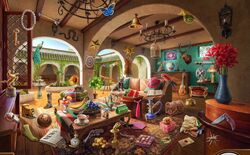 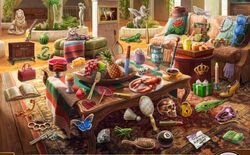 Patio
Add a photo to this gallery

Retrieved from "https://criminalcasegame.fandom.com/wiki/How_the_East_Was_Won?oldid=505582"
Community content is available under CC-BY-SA unless otherwise noted.