Houston, We Have a Problem

Zara Tien (Chapters 1‒3)
Amy Young, Kai Malano & Jack Archer (Times Are A-Changing 3)
Houston, We Have a Problem is a case featured in Criminal Case as the eighth case of Travel in Time (Season 6) and the two-hundred ninety-nine case overall. It takes place in The 1960s.

Upon Zara and the player's arrival in the S.A.R.A.'s base in Houston, they found the electrocuted body of engineer Thomas Segan near the base's launch pad. The team then investigated the murder, fearing that it would affect the moon landing.

Mid-investigation, Orlando suggested the team investigate a nearby diner where S.A.R.A. employees would hang out. Later, Kai sneaked onto the launchpad to set up the beacon early, triggering the alarms. The team then found enough evidence to arrest the intended first man on the moon, astronaut Mark Hamilton, for the murder.

Hamilton admitted to the murder, saying he did it to prevent him from going to the moon as he was scared. When Segan walked in on Hamilton trying to sabotage the launch pad, Hamilton got the idea of killing him with a defibrillator shock to the head to stop the mission. The team then handed over Hamilton to FBI agent Bucky Johnson.

Seeing that five hours after the arrest, the T.I.M.E. rescue team had not yet picked them up, Amy and the player talked to Kai for his backup plan. Kai told them that the coding formula for the machine had been sabotaged. He then suggested using S.A.R.A.'s network to trace who was in possession of Leonardo da Vinci's treatise, Ruminations On Time, which T.I.M.E. had based all its research on. After S.A.R.A.'s hard drive was found, Kai found out that the treatise was recently auctioned off to Hollywood actress Lorna Westerberg. Amy then suggested waiting three more days for the rescue team while Kai searched up on Lorna's location.

Meanwhile, Jack and the player found Segan's lost checklist and the main control panel key that Hamilton held upon mission control chief Harold Fuey's request to avoid the postponement of the mission launch, eventually meeting Hamilton's replacement for the mission, Neil. After all the events, the team watched the rocket launch. Three days later, after witnessing the rocket's touchdown and Neil setting foot on the moon, Kai told the team he had tracked Lorna to Las Vegas. The team then went to Vegas to get Da Vinci's time treatise.

Betty Hawkins
Add a photo to this gallery 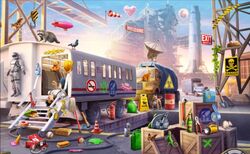 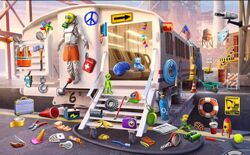 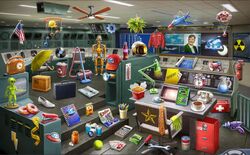 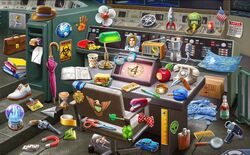 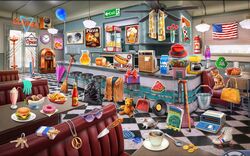 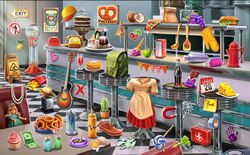 Counter
Add a photo to this gallery

Retrieved from "https://criminalcasegame.fandom.com/wiki/Houston,_We_Have_a_Problem?oldid=525196"
Community content is available under CC-BY-SA unless otherwise noted.